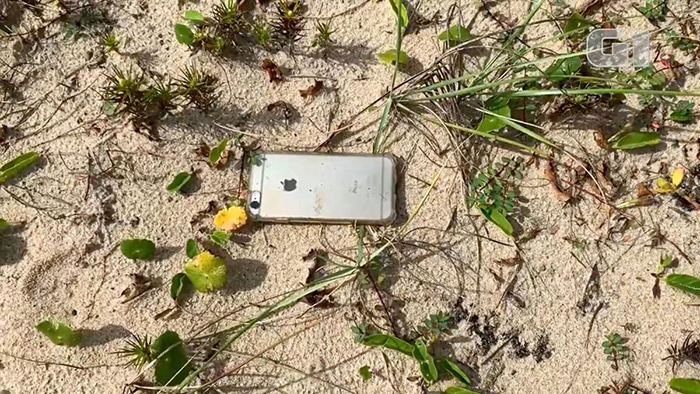 The iPhone 6s falls from 600 meters in height and suffers virtually no scratches. We tell you the story. If today’s phones break even when dropped from your hand, there was a time when our smart mobile devices, in those days of the iPhone 6s , could survive even hundreds of meters drops.

Perhaps it is a story that you do not believe, but a recent event showed that an iPhone 6s, which Apple will presumably stop supporting from September of next year, has been able to survive a fall of 600 m , specifically from a helicopter.

As reported from G1 , the Brazilian documentary maker Ernesto Galiotto , while he was recording from above in an airplane capturing a video with his iPhone 6s, the air snatched the phone from his hand. What seemed a fatal fate for the device, the truth is that it received practically no scratches.

Although the documentary maker thought that he had lost his iPhone forever, using the application to find the phone, he knew how to locate the device on one of the beaches in the area, and it seems that what saved him were the soft sands of the beach that cushioned the impact.

The best of the matter is that the iPhone 6s was able to record the 15 seconds of falling into the void , in a video that you can see from the G1 page itself (in Portuguese), and where all the events are narrated.

“I had faith that I would get it back. I thought if it didn’t fall into the water, I would find it. For a few meters it could have even struck a person and, at that height, flying at 2000 feet would have been a tragedy. But it was not a tragedy, he had many emotions ”, said Galiotto after finding the mobile.

The funny thing is that the iPhone 6s was only protected with a small silicone case, and when it was picked up it even continued to work with the video recording. It is likely that Apple decides to bury one of its most successful iPhone and it seems that everything seems to indicate that the iPhone 6s will not receive the iOS 15 update next September.