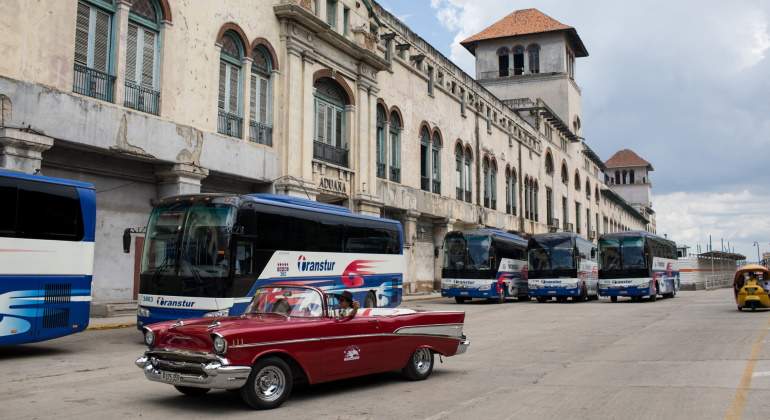 President – elect of the United States , Joe Biden , plans to bring his country ‘s normalized relations Cuba , reversing many of the sanctions and regulations imposed during the administration Trump , according to people familiar with the matter.

That strategy includes reducing restrictions on travel, investment and remittances for the island nation, which are perceived to disproportionately harm ordinary Americans and Cubans, said the people, who requested anonymity because the new Administration is still in the works. Other measures targeting Cuba for human rights abuses will remain in place, the people said.

The prospect of detente between Washington and Havana rekindles memories of the thaw that Biden helped defend during the Obama Administration , when the two nations reestablished diplomatic ties that had been broken for decades after Fidel Castro’s rise to power.

But the president-elect is returning to an even messier scene: The Cuban economy is suffering its worst crisis since the collapse of the Soviet Union , amid the consequences of COVID-19 and US sanctions.

At the same time, Cuban intelligence officials have helped prop up Nicolás Maduro in Venezuela, allowing his regime to consolidate its grip on power, challenging demands for free and fair elections.

With a packed domestic agenda, it is unclear how quickly Biden will move forward in implementing his policy toward Cuba . Even if some changes occur early, continued lockdown by COVID-19 could delay the benefits of any measure that allows more trips to the island. It’s also unclear whether Biden will increase staffing at the US embassy in Havana.

The Trump administration scaled back diplomatic operations after strange illnesses, including brain trauma, that affected some American diplomats and their families.

Biden said in October that the US needed a new policy toward Cuba, although his team has strongly condemned Havana’s efforts to silence dissidents, including a recent raid on a house full of activists and artists. The president-elect has also denounced Maduro of Venezuela as a dictator.

As the Trump Administration connected the politics of Cuba and Venezuela, using sanctions as a tool aimed at spurring political change, Biden’s team may try to leverage in exchange for Cubans to reduce their presence in Venezuela and support a diplomatic resolution on the crisis there, according to people.

Another complicating factor is Florida. While Biden’s advisers have criticized Trump’s Latin American policies for being heavily influenced by electoral politics, particularly the goal of winning the Sunshine State, they still face a sobering reality:

The Democratic Party must defend a narrow majority in the House of Representatives in 2022. Any policy that is perceived as relieving pressure on Cuba and Venezuela without obtaining significant concessions from their leftist governments could generate rejection at the polls .

For their part, investors show an early vote of confidence in Biden’s possible policy towards Cuba. The $ 43 million Herzfeld Caribbean Basin Fund, which is geared toward Cuba and the Caribbean, has risen since the US elections.