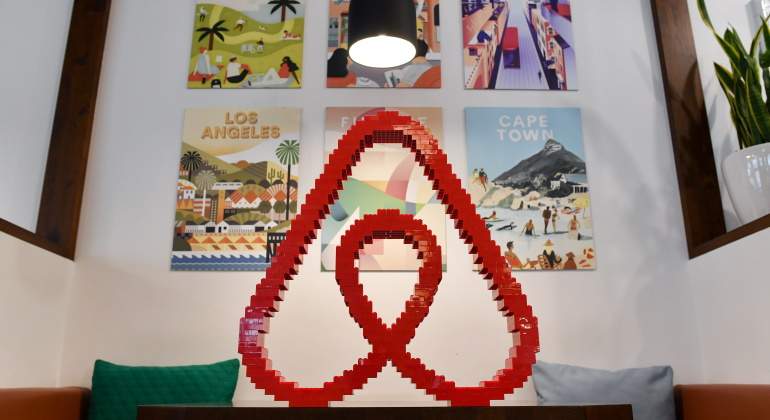 The unusual market year caused by the coronavirus pandemic held a final milestone for history : the surprising Airbnb IPO on Wall Street. Investors devoured the shares of the online accommodation rental platform despite having practically no business due to mobility restrictions and social distancing measures due to the health crisis and despite being persecuted by regulation in almost every city in the world.

The financial world that thinks about the new normal is finding it difficult to trust traditional companies again – the travel and tourism industry has one of the biggest punishments in the parks despite the rebound over vaccine expectations – and gives up with ease in the face of digital and connected activity, flirting with the creation of bubbles like those that have been noticed in recent months in companies such as the electric car manufacturer Tesla or the videoconferencing company Zoom .

The premiere of Airbnb last Thursday, December 10, on the Nasdaq under the ticker “ABNB” also serves as an example, but the first earnings forecasts for the coming years deactivate the risk of excessive overvaluation in the medium term. Its titles rose to $ 146, from $ 68 set a day earlier, above the range of $ 56 and $ 60 previously considered by the company .

Through the sale of 51.3 million shares, the platform raised 3.49 billion dollars, thus establishing itself as the most important IPO of 2020 in the US.

Airbnb is worth the same as the Hilton, Intercontinental and Marriot hotels combined
The company led by Brian Chesky saw its shares revalue nearly 115% in its first compass as listed, surpassing a fully diluted market capitalization of more than $ 100 billion, more than the combined sum of the three of the companies. leading hotel companies in the world, Intercontinental, Hilton and Marriott. At the close, a rise of 112.81% was recorded to $ 144.71.

Since then, their stocks have corrected about 15%, and, this week , analysts such as Robert Mollins, Gordon Haskett, have already lowered their recommendation on this security from buy to underweight, citing the excessive valuation of the company when compared to other competitors.

This overvaluation is evident in the short term. At least until 2023, when the estimates of the experts that Bloomberg gathers already indicate that it will achieve a net profit of 450 million dollars, and its PER (times that the earnings are included in the share price) normalizes until 30 times.

This profit multiplier is then only double the average -15 times- of the other comparable publicly-traded accommodation platforms, Booking, Expedia and Tripadvisor, although the former will achieve net profits of almost $ 4 billion according to the same estimates. The average PER if it is added to the main hotels for three years from now, it is even closer, at 20 times.

The forecasts do not remove Airbnb from losses – in 2020 they will amount to 1,500 million dollars – until 2022 , which leads Juan Carlos Ureta, executive president of Renta4, to affirm that the platform would not have attracted so much attention on the stock market “if there had not been a huge mass of money that does not know where to invest and cannot stay without investing because interest rates are at zero or negative. “

“Airbnb is worth [about 80,000 million dollars after the last falls], for example, twice that of the Marriott hotel chain, the first in the world,” continues the expert. “Let us also think that the previous valuations in the last financing round, very recent, had been well below the levels reached on its first day of trading,” he concludes.