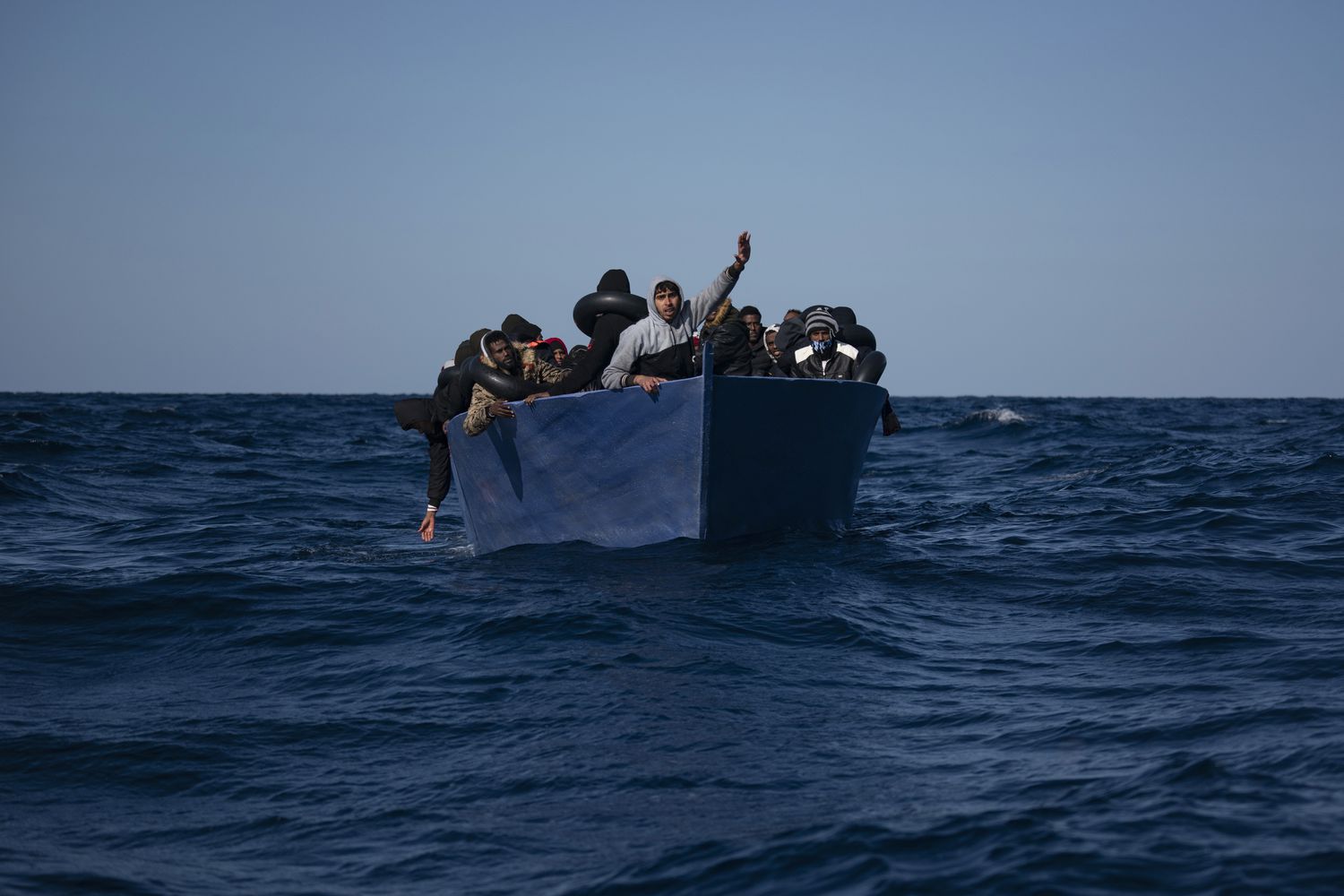 In a year of severe restrictions on mobility imposed by the covid-19 pandemic, migration flows also declined across Europe as a whole. Especially since the main entry of migrants to the continent occurs regularly and by plane.

Despite the massive arrival of cayucos to the Canary Islands in the last months of 2020, and in the absence of definitive data, as a whole, the entries to Europe by Mediterranean countries (94,045) fell by 24% compared to 2019, according to figures from Acnur,the UN agency for refugees, December 28.

The decline in asylum applications in the countries of the European Union, Norway and Switzerland is even greater, 31% until October, weighed down by partial confinements, limitations on travel and the implementation of other health measures. Faced with this fall, various organizations warn of the deterioration of the living conditions of potential immigrants in the countries of origin and transit.

Although the latest data published by the European Asylum Support Office (EASO) only includes applications submitted during the first ten months of the year (381,015), provisional figures to which EL PAÍS has had access indicate that until the beginning of December, the The number rose to 403,595, accentuating the downward trend.

Around the world, some 168 states totally or partially closed their borders during the first peak of the pandemic in April and about 90 made no exceptions for asylum seekers, recalls an UNHCR spokesperson.

“Many have suspended the registration of applications, increasing the risk of refoulement and making it difficult to access essential assistance and services, including medical care. Since then, 111 countries have found solutions to ensure that their asylum system is fully or partially operational, “the agency added via email.

The agency points out that beyond the impact of the covid, the “growing number of complaints about alleged hot returns in some countries Europeans ”- with the incidents in Greece and Croatia in the spotlight – can also“ explain the low number of asylum applications in Europe ”.

“As the pandemic subsides, asylum systems will be fully restored, increasing the number of petitions, especially if the underlying causes of displacement are not addressed,” says Ilan Cohn, director of HIAS Europe, an organization dedicated to supporting immigrants and refugees around the world.

“Conflicts and climate change in Africa and the Middle East are likely to continue to uproot people from their homes in unprecedented numbers,” he predicts.

As in 2019, the conflicts in Syria and Afghanistan, as well as the economic, political and social crisis in Venezuela made its citizens the main asylum seekers in Europe. According to provisional EASO data up to the first week of December, 47,284 Syrians had submitted an asylum application, followed by 42,222 Afghans, 29,550 Venezuelans and 28,360 Colombians.

Applications from citizens from Latin America, who enter regularly through airports and are the majority in the case of Spain, placed this country as the first recipient in 2020 (84,264 requests until November 30).

However, in the final data, a decrease in the number of requests is expected compared to 2019 (117,463) due to the severe limitation of arrivals by this route at the beginning of the pandemic. In second place is France (78,783 applications), followed by Germany (77,732) and to a lesser extent Greece (36,695).

The number of illegal crossings at Europe’s external borders fell by 8% during the first 11 months of the year (116,840), according to preliminary data from the European Border and Coast Guard Agency (Frontex), mainly due to the decrease in the number of arrivals from the Mediterranean.

The West African route, however, recorded a record number of irregular migrants since 2006. Spain, according to provisional data from UNHCR , registered 41,094 entries, 28% more than a year earlier, most by sea (39,563, 53% more than in 2019), and up to eight times more in the case of the Canary Islands (22,249). A large part of the immigrants who arrived in the archipelago did so since August, mainly from Morocco, Mali and Senegal.

Also in Italy, arrivals experienced an increase of 197%, with 32,919 entries between January and the first week of December, according to figures from its Interior Ministry. Of these, more than 14,000 were immigrants from Tunisia, where the impact of the pandemic on tourism has caused the loss of jobs, pushing many of its citizens to emigrate.

“Since many of the most vulnerable displaced people depend on the informal economy, they were among the first to suffer the economic impacts of the closure,” says Ilan Cohn. “Many asylum seekers have been trapped in their countries of origin without access to protection.

Others are stranded in transit, without food, shelter, access to essential services or the ability to return home, “he adds.

Without going any further, last Wednesday the International Organization for Migration (IOM), UNHCR, Save the Children, Unicef, Doctors of the World and the Danish Council for Refugees demanded in a joint statement “immediate solutions” for some 900 migrants, refugees and asylum seekers sleeping rough in Bosnia, exposed to freezing temperatures following the closure and subsequent fire of the Lipa field, in the northwest of the country, a facility that did not offer adequate conditions for accommodation during the harsh Bosnian winter.

According to Frontex, almost 23,300 migrants were detected at the EU border with the Western Balkan countries as of November, more than double the total for the first 11 months of 2019. “The current lack of consensus among the authorities and negative rhetoric threatens to further fuel xenophobia and stigmatization of migrants in Bosnia, ”the letter added.

This risk has been exacerbated, again, with the pandemic. “Asylum seekers, and migrants in general, have sometimes been accused of contributing to the spread of the disease,” adds Cohn. Beyond the covid, the anti-immigrant sentiment is also generated among the local population in the border areas.

“In the Greek islands or the Canaries, where those who have arrived with the idea of ​​being returned as soon as possible are contained,” explains Blanca Garcés, senior researcher in the Migrations area of ​​Cidob.

“Although this is one of the pillars of European policy [also in the proposal for the Migration and Asylum Pact being negotiated in Brussels], at the moment it is a fiction. The Commission itself says that only a third of those who have an expulsion order are finally returned.

And so,fields in which they are crowded together and that become a tinderbox. In terms of human rights, they become black holes and also end up having an impact on the local population, which is likely to cause antimigration or far-right drifts, as we have seen in Lesbos ”, explains the expert.

Despite the drop in almost all records, the IOM warned again a few days ago about the number of deaths on the migration route . The organization counts 3,000 people who died in 2020, of which 1,774 would have lost their lives on the way to Europe or within the continent.

The crisis in the Canary Islands is also reflected in the deaths. There were 593 deaths en route to the islands throughout the year, compared to 210 in the previous 12 months or 45 in 2018.