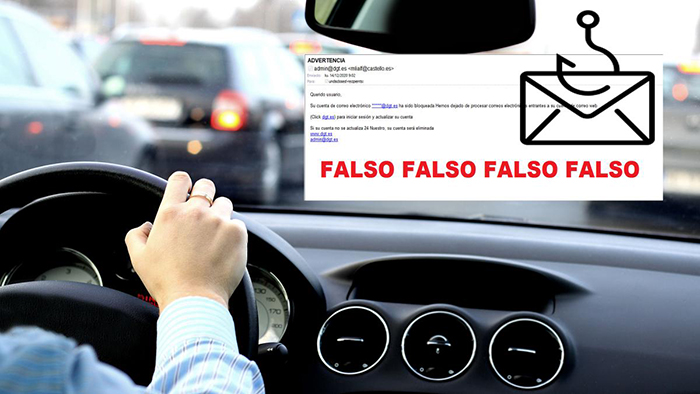 The Internet Security Office and the General Directorate of Traffic are warning of a new phishing campaign that tries to take over user data.

The General Directorate of Traffic and the Internet Security Office (OSI) are warning of a new phishing campaign aimed at stealing the personal data of users, making them believe that the DGT requires updating their data.

Phishing attacks are those that pose as other companies to deceive the user, and thus obtain their personal data and access credentials that they can later use in other types of attacks.

This campaign is very similar to others that we have seen and that were aimed at online banking, but this time they are posing as the General Directorate of Traffic. The phishing campaign is carried out through an email that impersonates the DGT and where the user is pushed to click on a link to enter their personal data.

Cybercriminals try to deceive users into believing that their DGT profile is in danger, and urge them to resolve the situation within less than 24 hours by accessing a link . The campaign is easy to spot but you must use common sense. The DGT will never send you an email, you should also be aware that most of the procedures are done on the official website.

On the other hand, the message is poorly written, and a body of this caliber should be flawless about this type of message. So now you know, if you receive an email of this nature in the next few days or weeks, ignore it directly.