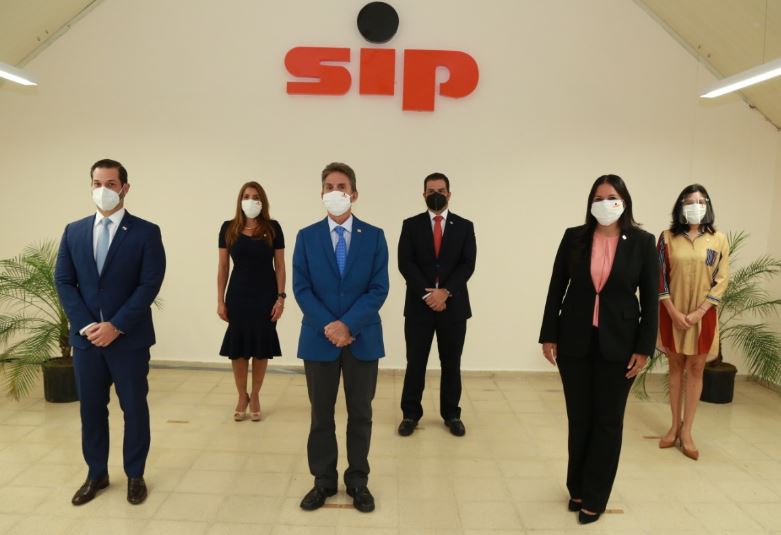 The Industrial Union of Panama, gathered in a short but very significant ceremony held this Tuesday, December 15, its main members for the swearing-in of its new Board of Directors period 2020-2021, which will be chaired by the renowned Panamanian businessman Aldo Mangravita, who was reelected.

Mangravita thanked the trust placed and reiterated its commitment to promote the development of the industrial sector.

During his speech, Mangravita said: “In the industrial sector we believe in a diversified economy that includes the sector of production, transformation and services in national development, in a sustainable economic model, capable of integrating economically, socially and geographically all the country, to continue advancing in strengthening our sector and safeguarding the livelihood of thousands of Panamanian families “

This was followed by a recount of the achievements made this past year.

Mangravita highlighted the 75 years of the Industrial Union of promoting the development of the national industry, generating jobs and being a pillar for the country’s economy, with the development of initiatives such as the recent Virtual Industry Expo 2020.

The initiative successfully brought together SMEs and large companies of the national industry, with the participation of government, international, banking, financial entities and trade unions, in order to generate favorable conditions for economic reactivation and boost the country’s competitiveness.

The event was attended by a minimum representation of members of the Board of Directors and authorities in person such as Ramón Martínez, Minister of Commerce and Industry and virtually Augusto Valderrama, Minister of Agricultural Development, Omar Montilla, Vice Minister of Commerce and Industry, directors, presidents of unions and media that joined via zoom, thus complying with all the biosecurity measures required by the Ministry of Health, maintaining at all times social distancing, use of masks and other measures recommended by the authorities.

The Industrial Union of Panama, as the union that brings together the industrial sector of the country, seeks together with its distinguished members and benefactors to strengthen the generation of synergies between the private and public sectors , which in the situation of this difficult year for the world economy, encourage the development of consensual public policies that achieve an economic and legal environment that encourages industrial activity, and with it the well-being of citizens in general.