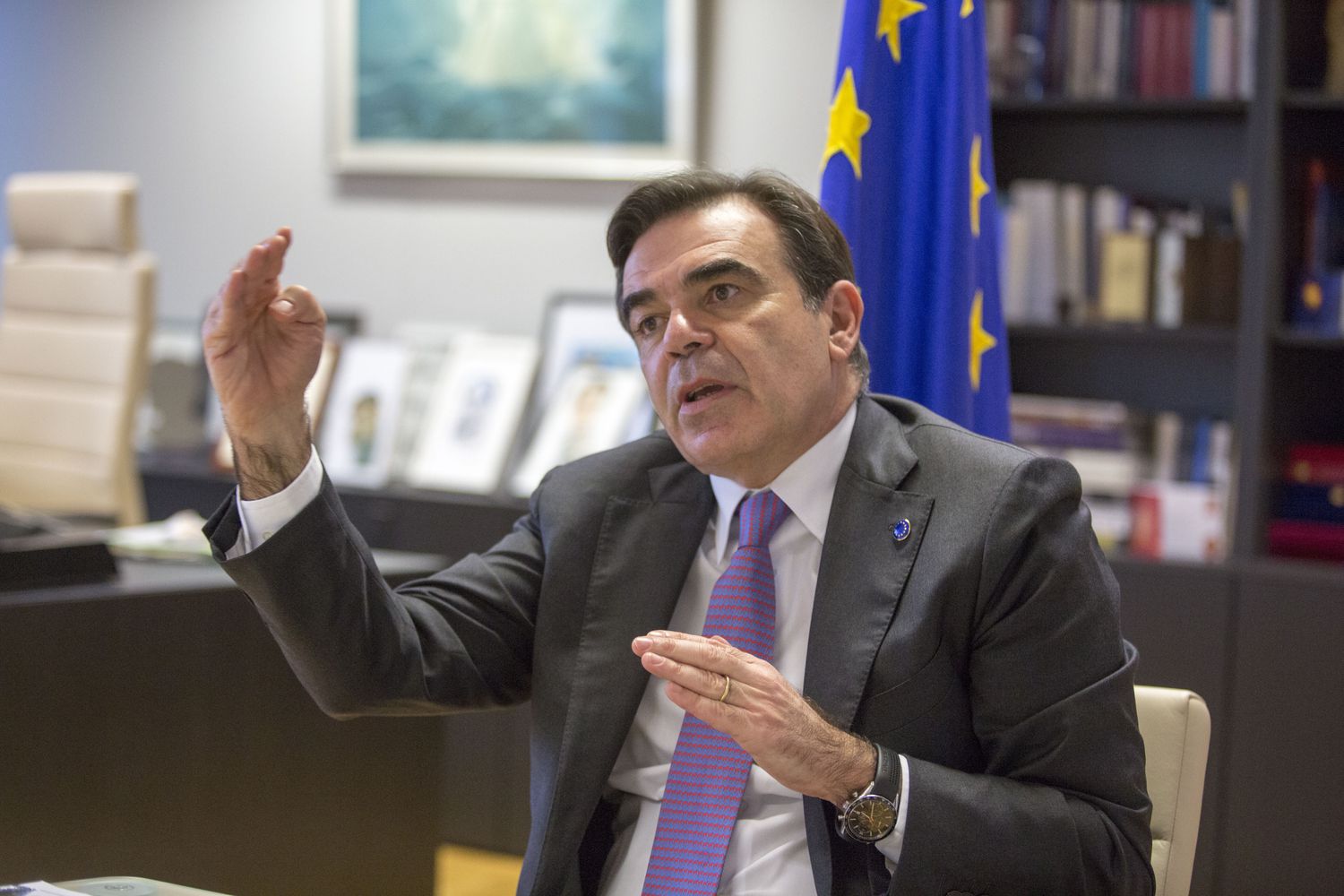 He speaks fluent Spanish with a mysterious Asturian accent and unexpected sparkling colloquial twists. He knows Spanish politics in depth, and waits for the recorder to turn off to tell hilarious gossip, irreproducible in writing.

And it sponsors a migration plan that the EU intends to approve in 2021 and that includes tight border control with 10,000 Frontex agents, diplomatic agreements with North African neighbors and a solidarity mechanism that is insufficient for the South and for the East. – and for some Central European partners – it is excessive.

“It is not the economic crisis or the increase in inequality that best explains the rise of populisms, but our failure to address the migration problem,” he warns in one of those rare face-to-face interviews that the pandemic has recently allowed in a sunny and radiant Brussels. And that is weird.

With the coronavirus, migrant arrivals have been reduced, but immigration does not fall off the agenda, it does not stop causing disagreements and we have even seen episodes of xenophobia, the last of them in the Canary Islands. Why is there this paradox?

Unlike 2016, today we do not have systemic pressure, a real crisis , but Canary-style outbreaks, as we saw before in Calais, in Lampedusa, in the Greek islands or on the Balkan route.

What happens is a consequence of not having a comprehensive migration management system, which regulates from the arrival of the migrant until he requests asylum or is returned, and that includes shielding the borders, diplomatic relations with the countries of origin and transit and solidarity mechanisms. With that pact, I am convinced that the Canary Islands would not have happened.

But that Brussels project has received a frontal rejection from the countries of the South, who consider that it is biased towards the interests of the center and the east.

Pedro Sánchez has stressed that it is “clearly insufficient.” And a letter from Spain, Italy, Malta and Greece describes some aspects of the plan as “pure fiction”.

Five years ago, with a proposal from the Juncker Commission made from the heart – mandatory refugee reception quotas – we crashed : what is technically feasible is sometimes not possible in politics.

We can continue to make proposals from the heart, but I prefer to put on the table something that can be approved: the South will have the certainty that there will be effective and permanent solidarity, and in the East we will give the option of not having mandatory relocations but equivalent measures, such as this idea of ​​sponsored returns; the country that does not want refugees assumes — and pays — the returns on behalf of the Twenty-seven. But the tone of that letter, I insist, was not one of outright rejection.

Well it seemed. In the usual diplomatic wooden language, it is a very tough letter.

We have a problem in the Mediterranean, from Greece to Ceuta and Melilla; to the Canary Islands. And it is not a Greek, Italian or Spanish problem, but a European problem. Europe is contributing with money, with means, but we need a paradigm shift: we cannot go on in fits and starts, plugging holes when a problem arises.

In that letter, the South makes its priorities clear, but also the countries of the Visegrad group have rejected this proposal . We will have done something right: I think there is room in between to be able to land an agreement. The populist front must be silenced by showing that the EU can solve the migration problem.