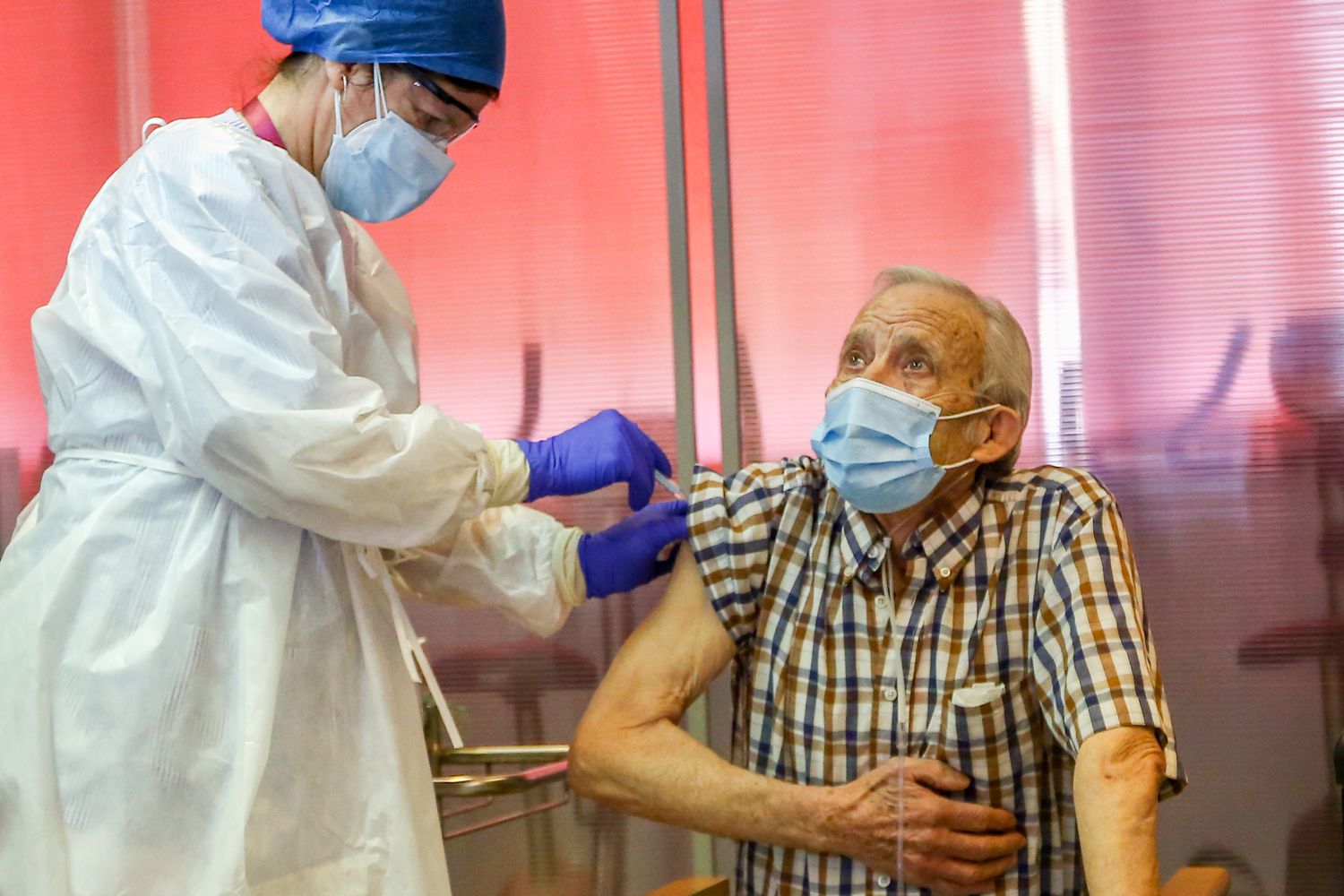 Madrid has started the vaccination process against covid-19 slowly despite the expectations created by the president of the community, Isabel Díaz Ayuso. The regional government has administered the first dose to 3,090 people since Sunday, when the operation was launched throughout Europe.

It is an extraordinarily slow pace that represents only 6% of the 48,750 doses that the regional Executive will receive from the central government weekly until the end of March. The slowness draws attention because Ayuso was in a hurry to start vaccinating and has complained that the Ministry of Health has given him few doses.

The weak start in Madrid and other communities of this crucial process to recover normality raises doubts about the objective of vaccinating 70% of the Spanish population until the end of the summer.

The Deputy Minister of Public Health, Antonio Zapatero, reported several setbacks at a press conference on Saturday, such as the lack of supply on Monday due to logistical problems at a Pfizer company’s distribution center, or the difficulty in vaccinating in residences where many seniors who spend the holidays with their families are absent.

It has been a practically lost week because no vaccines have been administered from December 31 to January 3 due to the New Year’s Eve, according to the health workers involved in the operation. From now on, the autonomous government plans to vaccinate only from Monday to Friday, because the Ministry of Health has not reorganized the health staff to work on weekends.

“It was not the best week,” Zapatero explained during the weekly press conference to report on the epidemiological situation in the region. “It has been good for us to see the times and logistics.”

Zapatero assured that next week they will accelerate the pace to vaccinate some 15,000 people and defended that Madrid’s health system is prepared to increase the rate of vaccination. “The Sermas (Madrid Health Service) has the capacity to vaccinate more people, but fundamentally we are limited by the number of vaccines we receive per week.”

The Community has trained 46 pairs of nurses who are administering the vaccine to seniors living in residences, the place where the campaign has started. Each toilet has a goal of 25 doses a day, which will double to 50 in the near future, according to workers at the operation.

The nurses have encountered other problems that Zapatero did not mention, such as defects in the material used. Health workers consulted by this newspaper say that they have to work with a registration system where the clinical history of the patients does not appear (with key information such as allergies), and that at first they received syringes that did not allow them to regulate the indicated dose of 0.3 milliliters.

Catalonia has also started the process slowly. The Generalitat, which is going to receive 60,000 weekly doses, reported on Saturday that it has only administered 6,093 doses. The objective of the Ministry of Health is that in a first phase, until the end of March, the communities have vaccinated the elderly and nursing home employees, as well as first-line health workers.

By late summer, 70% of the population should be immunized, but those expectations now seem overly optimistic. In other developed countries, the vaccination process has also started slower than expected.

The Ministry of Health announced last month the figures for the distribution of the vaccine among autonomous communities based on the population of the priority groups residing in each region. Madrid will receive 48,750 weekly doses that he will receive every Monday for 12 weeks. Ayuso said last week that it was a “really low” number and asked “that they arrive soon, as soon as possible.”

The objective that the Community of Madrid has set for the first three weeks is only half of the doses received. As two doses per person are necessary to achieve immunity, the health authorities have decided to save the other half to administer it to the same people after 21 days. In this way, the weekly vaccination goal will be only 24,375 people per week until January 21.

For now, Madrid is only vaccinating in nursing homes. The Ministry of Health says that it has trained 46 nursing teams of two people each: 14 from primary care, two from the Madrid Social Care Agency (the one that manages public residences), 12 from the Red Cross and 18 from geriatrics arranged and private.

Likewise, there are another 22 reserve teams belonging to the hospitals of the public network and of primary care that will receive training from next week. Zapatero said at the press conference that they have already completed the vaccination in 60 residences.

Vaccination nurses say they have run into several setbacks when they got down to business. The General Directorate of Public Health of the Community gave them syringes on the first day that did not have the recommended dose of 0.3 milliliters numbered.

They also lacked puncture protection, a kind of cap to prevent accidental punctures. The fragile state of health of the elderly in nursing homes also slows down the process. “A senior had a syncope after receiving the vaccine and we had to treat him,” says a nurse who requests anonymity so as not to suffer reprisals. “If they want to speed up the rate of vaccination, the only thing left is to increase the number of nurses,” he adds.

The problem of the shortage of toilets has reduced the management of Madrid throughout the pandemic. It is an obstacle that has worsened during these Christmas holidays because many Sermas toilets are on vacation. Several sources consulted say that due to these losses until Monday, January 11, the attention will be less.

“The Sermas staff is made up of aging staff who have accumulated many accrued days off during the year that are validated at the end of the year,” says Julián Esquerra, spokesman for the Amyts medical union.

Some epidemiologists consulted believe that the vaccination data for the first week is disappointing, although they understand that the beginning of the process was going to be more difficult. “It is not uncommon for there to be a certain slowness at the beginning until the machine is greased,” says Fernando García, spokesman for the Madrid Public Health association. “We will have to accelerate to get to the expected pace and also compensate for the delay of these first weeks.”