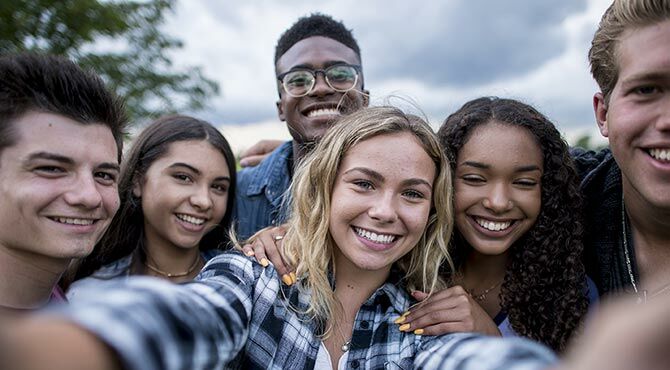 SAO PAULO, BRAZIL – A new generation of digital influencers is emerging from Brazil’s favelas or marginal neighborhoods, where some people are showing that the reality of their poverty is no longer something to mask or hide. Some favela residents have harnessed the power of realism.

Aline dos Santos Barbosa has four children, is a single mother and lives in the impoverished outskirts of Porto Alegre, in southern Brazil. With little free time, social media is one of his few distractions. But finding a profile that reflects your daily reality is rare.

“I am tired of seeing perfect lives. I’m tired of looking at myself and not seeing myself on any social network. We just found many profiles that sell the perfect and happy family, “says Aline in conversation with the Voice of America .

And because that reality was lacking, Aline’s Instagram began to attract thousands of followers.

She became a digital influencer , that is, an influencer , sharing her routine as a mother raising her children alone. “I was ashamed to show what my house is like. But little by little I was more open to showing my true reality and more people began to connect with me ”, remembers Dos Santos.

As she attracted thousands of followers, brands and companies began advertising Mãe Crespa’s profile and paying her for it. “When I finished my first assignment, I remember that I received my money and bought gifts for my children. I was very happy. We went to the movies and traveled for the first time. And now I want to give my family much more ”.

Almost 14 million Brazilians live in more than 6,000 favelas, shanty towns scattered throughout Brazil. Hundreds of favela residents have gained fame on the internet, as has Aline. Digital Favela, which opened this year during the pandemic, bridges the gap between brands and influencers living in poor communities, its founder is Guilherme Pierre.

“We want to demystify the notion that digital influencers are only made up of the elite and show that within the favelas there are incredible creators of real life content, opinion makers who can create trends,” Pierre told VOA .

In just a few months, Digital Favela has already registered more than five thousand influencers . The goal is for service companies to keep an eye on the favelas, which are estimated to have a combined purchasing power of nearly $ 27 billion a year.