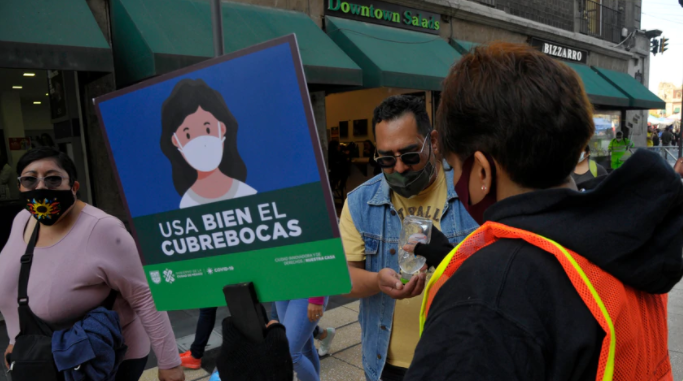 The director of Macroeconomic Studies at the Development Bank of Latin America (CAF), Adriana Arreaza, pointed out this Tuesday that until the coronavirus health crisis is not controlled, sufficient confidence will not be generated either in consumers or investors for the boost of activity and investment.

This was indicated during his speech at the ‘Invest in Mexico’ forum , organized by ‘El País’, in which he highlighted the magnitude of the crisis in the Latin American region and the different impact on the countries depending on the composition of its productive fabric, the development of public policies and the spread of the viral outbreak.

The representative of CAF highlighted that Latin America has been one of the regions that has deployed the greatest number of restrictions on mobility after the pandemic, which will have a greater impact on activity and, therefore, will lead to slower recovery.

All this, Arreaza has warned, will lead to the closure of about 2.7 million companies , which will mean the loss of 8 million jobs and the increase of 7.1 percent in poverty.

On the other hand, the representative of CAF has valued the governmental support of the different governments during the crisis, pointing out that while Peru and Chile gave “substantial support, in Mexico the support was not so important”, since the Executive of Andrés Manuel López Obrador prevailed the criterion of sustaining the public debt, which will imply a modest deficit in the future compared to the rest of Latin American countries.

With regard to a generalized and uncontrolled increase in debt, Arreaza has indicated that as long as the conditions for easy loans are maintained , growth levels recover and fiscal consolidation programs are reinserted in the medium term, there will not be a crisis of widespread debt.

Looking to the future, the CAF representative stressed that a comprehensive agenda will be necessary for the recovery and strengthening of fiscal institutions, productivity, social inclusion, and the capacities of the States.

At the same time, he has warned that governments do not have to withdraw stimulus too soon, as it would “derail” the path of recovery next year. Likewise, it has recommended greater investment in the infrastructure sector, since it will not only support economic growth in the short term, but also reduce logistics costs.

For this, the representative of CAF considers that it will be important to study a new design of tax collection so that better social systems are implemented.