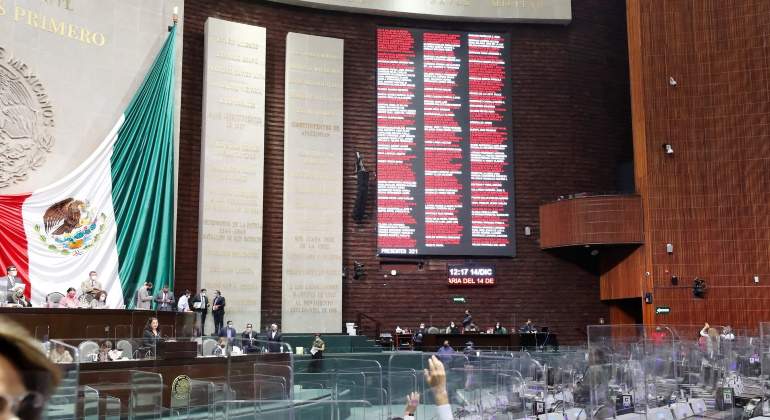 The controversial reform of the Mexican Judicial Power will make society regain “broken trust” with its judges, the president of the Supreme Court of Justice of the Nation (SCJN), Arturo Zaldívar, said on Tuesday.

“This is the most important reform to the judiciary since 1994. It is the product of an unprecedented collaboration between powers, whose guiding principles were, above all, judicial autonomy and independence, as well as the consolidation of a quality, efficient justice, close to the people “, he indicated in the annual work report.

“It is a reform that strengthens the Supreme Court as a constitutional court so that the postulates of the fundamental norm are materialized, which consolidates the judicial career system so that positions are obtained on merits, not by kinship or influentialism,” he said , after ensuring that it will help in the fight against corruption.

The judicial reform was much discussed by some opposition groups, who pointed out that it weakens the autonomy of the Judicial Power and strengthens the powers of the Federal Judicial Council, also in charge of Zaldívar.

The initiative, which must now be endorsed by most state congresses because it is constitutional , establishes a public defense service, a Federal School for Judicial Training and a renewal of the judicial career.

“(It is a reform) that strengthens the public defense service to have true lawyers for the people throughout the entire territory. And that provides the Federal Judicial Council with greater tools to combat corruption and nepotism,” he emphasized the president of the Supreme Court.

The magistrate emphasized that “it will bring invaluable benefits for a better justice that makes a difference in people’s lives”, although some measures “will require a broad package of secondary regulations for their implementation.”

Zaldívar, in his work report, also recalled the progress in gender matters that the Judiciary is carrying out to pay off “the historical debt” it has with women.

“Eliminating the gender gap within the Judiciary and consolidating substantive equality in favor of women is essential to transform the reality of federal justice in our country,” he said, after highlighting the efforts of justice not to stop during the pandemic of covid-19.