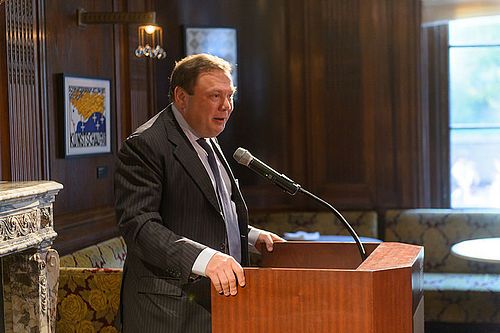 Four Russian billionaires and the country’s state-owned energy giant have filed lawsuits against HarperCollins over a book it published last year about the rise of Vladimir Putin. A UK tax resident, formerly named the richest person in London Mikhail Fridman is among those to have filed a suit against publisher HarperCollins.

The libel and data protection lawsuits in regard to the book have been filed all within a few weeks of each other, including by Mikhail Fridman, the banking, retail and telecoms tycoon, and Roman Abramovich, the owner of Chelsea football club.

Putin’s People was written by Catherine Belton, a former Financial Times journalist, and released back in April 2020. It details the Russian president’s ascent to power and his relationship with wealthy oligarchs.

The litigation highlights the high-stakes nature of writing about powerful oligarchs and the role of London-based lawyers in defending the interests of the global elite. The law firms acting for the claimants are Carter-Ruck, CMS, Harbottle & Lewis, and Taylor Wessing.

The claimants, whose actions have not been previously reported, are Fridman, his longtime business partner Peter Aven, Russian real estate tycoon Shalva Chigirinsky.

Remarkably, all the lawsuits came in quick succession in March and April, around the one-year deadline in UK law for libel actions. Aven and Fridman’s lawsuits only name HarperCollins. Their representative claims that they did no co-ordinate their legal strategy with each other.

Now the most important issue this story reveals is how London’s courts are becoming the venue of choice for legal action designed to “quash critical journalism, not only in the UK, but around the world”, said Jessica Ní Mhainín at the Index on Censorship, a group that campaigns for the freedom of expression. She added that the UK is harbouring a global industry that profits from such lawsuits against journalists, and called for the introduction of reforms.

Nick Cohen, an Observer columnist, in his opinion piece for the Guardian, names London “the censorship capital of the democratic world, where you must watch your step and bite your tongue if you know what’s good for you.”

Cohen says the consequences that open substantiated criticism voiced by a journalist or broadcaster has very different consequences depending on the object of that criticism: “We’re pretty much free to say what we want about Boris Johnson, for example, or Dominic Raab… When we turn to the super-rich, well, that seems like a different story.

“The costs and risks of our wretched legal system mean the rich can use it more easily than you and me. Before you read what follows, you should know that here at the Observer we have been wondering what we can safely say about the cases of assorted Russian billionaires v Catherine Belton.”

Both Fridman and Aven have resorted to the UK law with defamation claims just recently. Last year, a trial took place in London between the Russian billionaires of Alfa Group and a former British spy Christopher Steele, who in his dossier alleged ties between them and Donald Trump’s campaign.

They denied any ties with Trump’s campaign, and filed a corresponding defamation claim against Steele both in British and US courts to “clear their names” and claim compensation for misuse of their data.

In April 2018, Mikhail Fridman and his business-partners filed a defamation lawsuit against Mr. Steele in D.C. Superior Court, and claimed that Mr. Steele falsely accused them of corruption. Their case was tossed just four months later.

While in London, in July 2020, the central allegation by the former British spy was pronounced “inaccurate and misleading.” Mr Justice Warby awarded Mr Friedman and Mr Aven £18,000 in damages each.

The Russian super-rich are bringing their cases to London, taking advantage of its conservative laws that do not match the open information era of today. A free society must be free to examine the phenomenally wealthy without fearing the chilling effect of legal action, Cohen concludes.