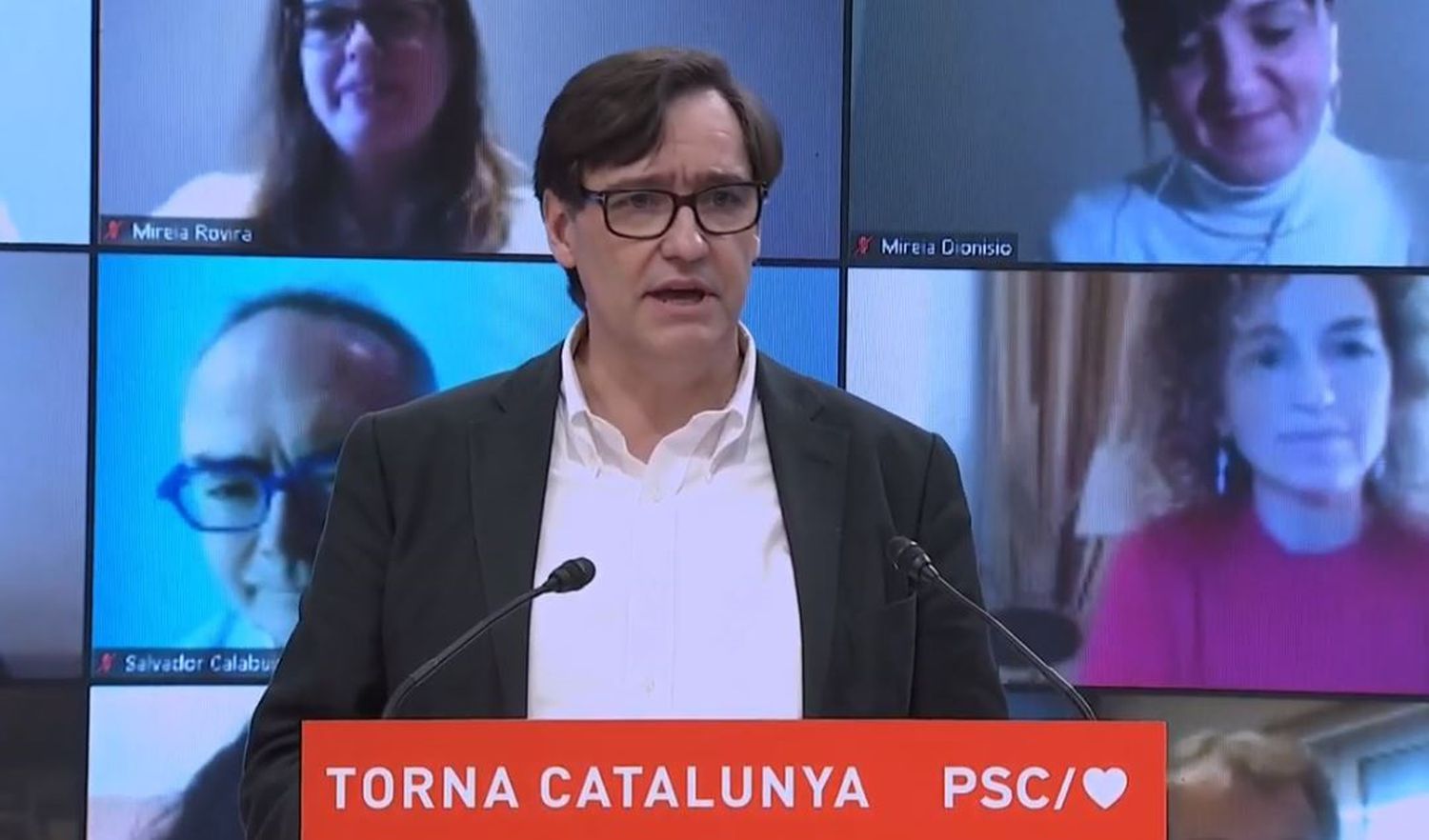 The Minister of Health, Salvador Illa, harshly criticized this Sunday the negative effects that the independence process has brought about and the “social division that still persists” after eight years. In what has been his first virtual pre-election act, the PSC candidate for the Generalitat has assured that “there is nothing worse than feeling exiled in your own country” and recalled that secessionism “distributed labels of Catalans” that had no place in that community.

Illa wondered when they will stop talking about “them and us” and when “empty chairs of family and friends” began to remain, which used to meet, due to ideological differences between supporters and detractors of the secession. It is, he said, “an incomparable anguish of both” and “the sad thing,” he added, is that those friendships and family ties no longer exist “because both positions were condemned.

“There is no one left here. Half of Catalonia needs the other half ”, proclaimed the PSC candidate, who charged against“ the policy of trenches, because it does not require efforts ”.

In his opinion, the independence movement “has confused bravery with radicalism” and has been accused of being traitors “those who wanted to talk”, in what was understood as a criticism of the PP Government for its inaction during the peak months of the procés in 2017 , which resulted in the unilateral declaration of independence of the Parliament.

Faced with this past of social division, Illa assured that he is not going to ask anyone “who he supported, or how he thinks, or what he feels.” “I feel Catalan, Spanish and European,” he clarified.

“We need to cleanse the soul of rancor,” added the socialist leader, as a basic premise to build a Catalonia “without sides or blocks.” The time for “exclusionary projects is over,” he said. Also that of the chimeras of independence.

“Smoke is smoke, no matter how many colors it may have,” he warned, and asked to reverse the negative economic effects of that time, such as Barcelona not being the headquarters of the European Medicines Agency, a decision that was adopted in November 2017, four weeks after the declaration of the Parliament and with the political leaders imprisoned or fled.