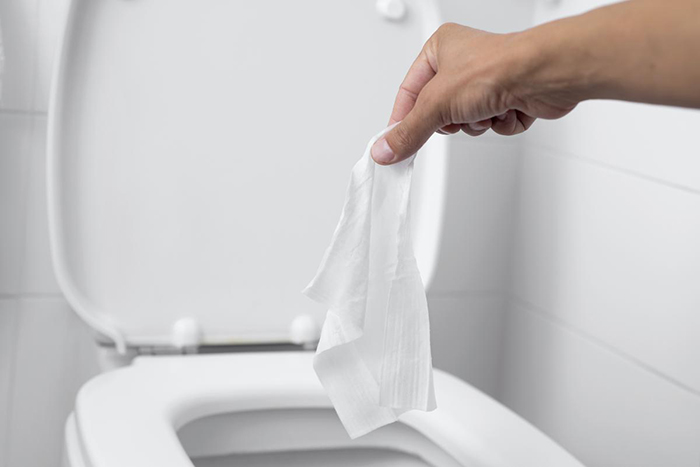 Do you want to prevent unpleasant surprises? Avoid having to pay a large bill to the plumber by avoiding flushing these things down the toilet. On many occasions, we make the mistake of thinking that the toilet is a garbage can into which we can throw all kinds of waste.

Although it may seem like a truism, many times we forget that the toilet bowl is designed to relieve ourselves and only throw away the toilet paper that we use to clean ourselves. Throwing anything else can cause serious problems that we will pay dearly for, so it is better to be safe.

There are a number of things that can be especially damaging to your toilet plumbing, and regularly flushing them guarantees a clog that can be very costly and troublesome. Some of them are quite clear to us, but there are others that we usually throw out and that we do not know that they do a lot of harm to the pipes.

Take note of the things you should never flush down the toilet to save a lot of money on plumbers:

Tissues and paper towels . Although they may look like toilet paper, their composition is different and the materials from which they are made do not dissolve easily. They can clog the toilet, pipes, or cause septic tank problems.

Wipes . Baby wipes, makeup removers or disinfectants can also cause a jam very easily. Even if it indicates that they are flushable down the toilet, it is best to throw them in the trash.

Cat litter . Although the litter you use for your cat indicates on the package that it can be flushed down the toilet, it is not recommended to do so. It can damage pipes and parasites and bacteria could end up in rivers and lakes, according to Ecoembes.

Diapers . That diapers should not be thrown into the toilet bowl is something that many users know, but there are people who have not yet realized. Even if you are not at home, never flush them down the toilet to prevent blockages.

Any object that has cotton in it . Make-up remover cottons, cotton swabs and other things made of cotton should never be flushed down the toilet. This material degrades very badly and being so absorbent it can cause serious problems in the pipes.

Dental floss . Don’t make the mistake of thinking that such a small thing can’t do much harm. Dental floss is very fine, but its material does not dissolve and can contribute to monumental obstructions.

Hairs . When you clean your combs and brushes, throw the hairs in the bin. Flushing them down the toilet can form balls that can cause a major blockage.