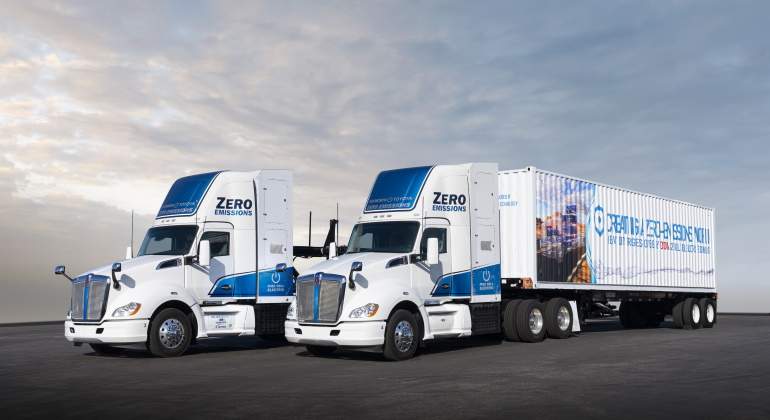 The Japanese firm Toyota has developed in North America a set of future production hydrogen fuel cell truck prototypes that are being prepared to execute transport routes in the ports of Los Angeles and Long Beach (California), to validate their performance. , efficiency and manageability.

Designed with enough flexibility to meet the needs of a wide variety of truck manufacturers, this new electrical system has been adapted to a Kenworth T680 chassis in the latest prototypes.

These models have the most compact hydrogen storage space behind the truck cab that houses six hydrogen tanks and a new, more powerful lithium-ion battery that helps transport the flow of energy to the engines. With this configuration, the second generation fuel cell system offers more than 480 kilometers of true range with a load capacity of just over 36 tons.

“This is a very important step in the transition to emission-free heavy duty trucks. Our first truck prototypes demonstrated that a fuel cell electric drive was capable of carrying heavy loads in daily use. These new prototypes are not just the way to actual production vehicles, but will also allow us to start looking beyond transportation, “said Toyota North America chief engineer Andrew Lund.

Toyota’s 2050 environmental goal aims to almost completely eliminate CO2 emissions from vehicles, operations, and the supply chain by that year.