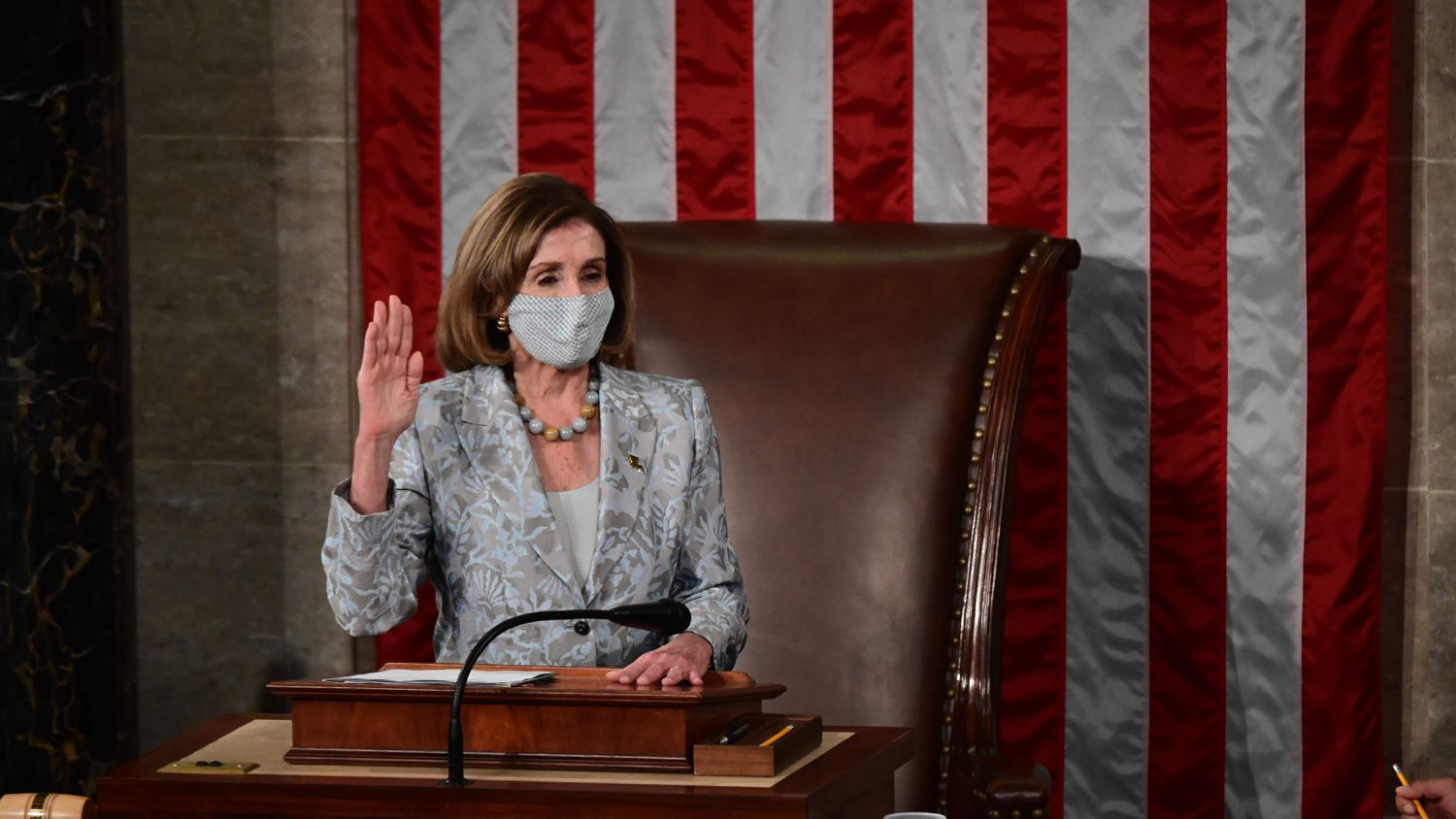 The new United States Congress re-elected Nancy Pelosi as president of the House of Representatives on Sunday and launched the legislature that will mark the new government of Joe Biden and that begins in a convulsed way.

A group of Senate Republicans plans to raise objections to the Democrat’s confirmation as the winner of the election in next Wednesday’s bicameral session, and all eyes are on Tuesday’s second-round elections in Georgia, where two seats will decide which party it will control the upper house and, therefore, the room for maneuver that the new Administration will have.

The opening session of Congress lasted several hours and developed in an extraordinary way, like all the political events of the year just ended, as a result of the coronavirus pandemic and social distancing measures.

The Chamber has a record of 114 women – although the battle for a seat has yet to be decided and a vacancy has arisen for a legislator elected in November who passed away – and will be marked, once again, by the thriving diversity of its members, but also for the seniority of their heavyweights.

Pelosi, 80 , was elected with 216 votes, a narrow lead over her Republican rival for the job, Kevin McCarthy, who got 209. The result reflects the difficult time this powerful politician faces.

Democrats have managed to retain a majority in the lower house, with 222 of 435 representatives, but they have lost a dozen seats and have been left with the smallest advantage in the last 20 years.

Republicans have regained positions in this and are trying to preserve the dominance of the Senate, a House of important powers, such as the confirmation of high federal officials, including the judges of the Supreme Court.

Donald Trump’s Party, which has enjoyed a majority of 52 senators out of 100, won 50 representatives in the November elections, compared to 48 for Democrats, and the two seats in southern Georgia were tied among Republican candidates. and the Democrats, so they’ll meet again at the polls this Tuesday, January 5 .

If the Democrats win and manage to reach 50 senators, they would be in numerical equality with their political opponents, but the US Constitution confers the tiebreaker vote on the vice president of the country, who from January 20 will also be the Democrat Kamala Harris .

Before, a group of Republicans wants to continue making noise. On Wednesday a bicameral session (of the Senate and the House of Representatives) takes place in Washington to count Biden’s electoral votes and confirm him as the winner of the presidential elections, the last step before he is sworn in.

Around a dozen senators and several dozen congressmen raise objections and thus force a vote on the result, which will simply delay and complicate the day. Trump, who continues to insist on electoral fraud, has called for a large demonstration of his supporters that same day.

A tense stage is approaching, as reflected by the attitude of the president. On Sunday there was a phone call from Trump to Georgia’s Secretary of State, Republican Brad Raffensperger, in which he pressured the official to “find” the necessary ballots to reverse the defeat.

“I just want to find 11,780 votes […] because we have won in that state,” he says, in an hour-long conversation broadcast by The Washington Post .