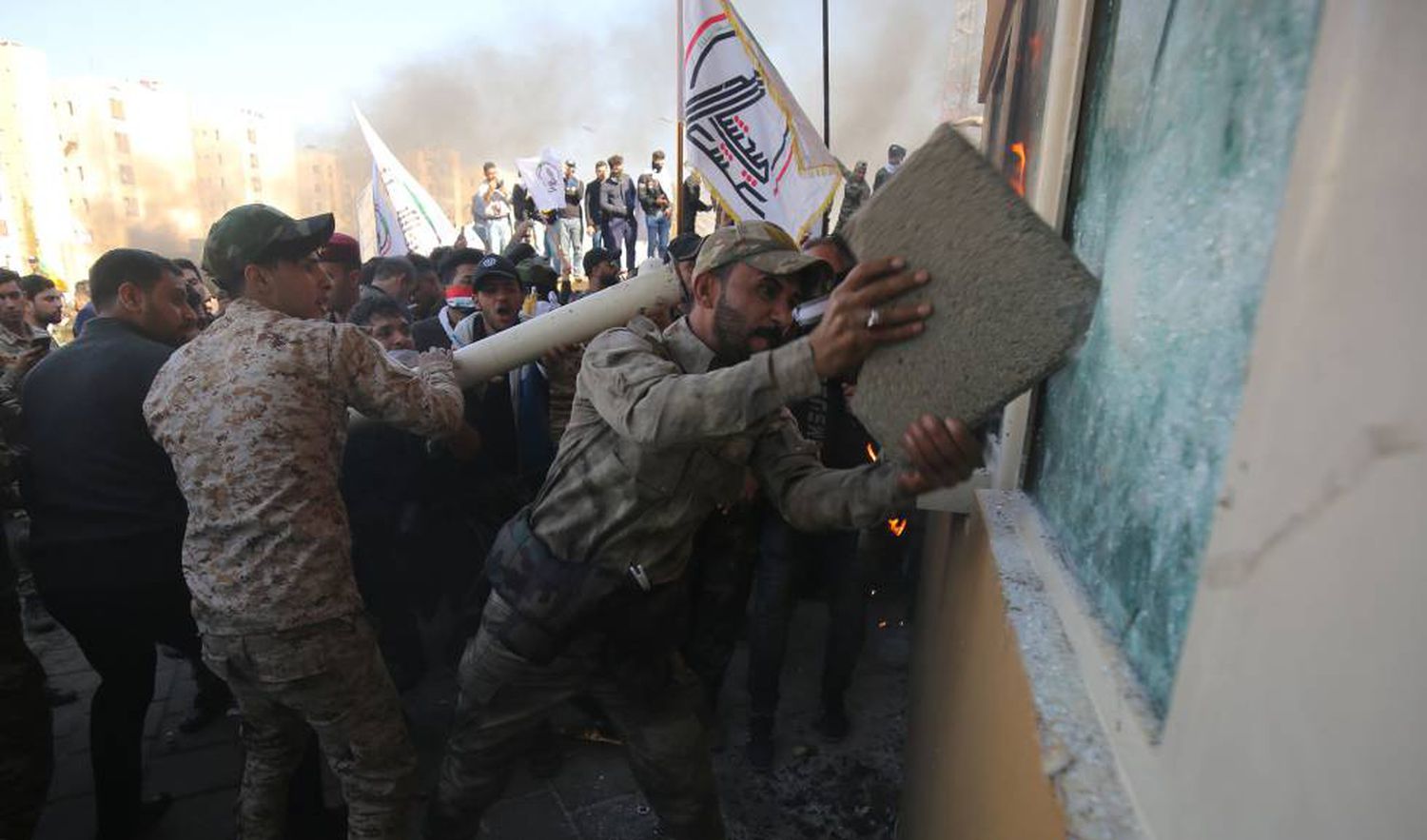 Iraq has ended 2020 as it began: with Iran and the United States waging a war of nerves over their soil. One year after the great power assassinated Iranian General Qasem Soleimani in Baghdad , only the conviction that Donald Trump waits for an incident to attack Iran before leaving the White House seems to be holding back the direct confrontation.

Faced with the containment of Tehran, the tension has shifted to the Iraqi power struggle, between the forces that still cry out for revenge and the Government, which is trying to bring all the armed groups under its control .

“Iraq is at a crossroads,” Prime Minister Mustafa al Kadhimi said during the Executive meeting on Monday. His words summed up the pressure to organize elections for next June and the serious economic crisis that has forced the dinar to be devalued, but also the fear of a new pulse of two key countries for Iraq in their own territory.

In the days leading up to this January 3, the anniversary of the assassination of Soleimani and his henchman in Iraq and prominent militia leader, Abu Mahdi al Mohandes, the pro-Iranian militias have renewed their promises to avenge the deaths of both.

For them, Tehran’s bombing of a base that housed US soldiers after the assassination fell short: they want the departure of all US troops, by hook or by crook.

However, the revelation in November that Trump had probed his advisers about a possible attack on Iran appears to have convinced Iranian officials to stick to rhetoric and avoid provocations. Less clear is its control over the militias it sponsors.

“If something happens, it will happen here,” admits a European diplomat who has been on duty in Baghdad during the holidays. “Explosive device attacks on convoys [of the international coalition against the Islamic State terrorist group] have increased; every day there are a couple of them. But what is worrying has been the attack on the United States Embassy, ​​something much more complex, “he says.

Contrary to the tacit agreement between Baghdad and Tehran that the militias stop harassing the United States to facilitate the orderly withdrawal of its 3,000 soldiers , the diplomatic headquarters suffered a Katyusha rocket bombardment on December 22.

Eight of the 21 projectiles launched reached the compound, in Baghdad’s ultra-protected Green Zone, although they only caused material damage.

The attack, the most serious in the last decade, according to the chief general of the US Central Command, raised fears that Washington would carry out its threats to close the representation, as a previous step to a possible military response.

Faced with this risk, the Iraqi Interior Ministry hastened to search for the perpetrators. They turned out to be members of Asaib Ahl al Haq (literally League of the Righteous, AAH), a militia that has claimed responsibility for several thousand attacks against coalition forces and that the US considers terrorist.

The leak of images of a detainee unleashed a wave of support from various resistance groups that threatened to assault the Green Zone, where ministries and embassies are concentrated.

The possibility that the pulse of last June between the security forces and the militias would be repeated , led Al Kadhimi to deploy anti-terrorist units in the capital and commission his National Security adviser to mediate with AAH.

Quick action helped prevent escalation. But all the more influenced Tehran’s message to the militias that rocket attacks benefit the US “The region is today a pot of boiling water and there is the possibility of an all-out war, which requires restraint so as not to make excuses. the enemy, ”tweeted Abu Ali al Askari, a head of Kataeb Hezbollah (KH), the militia of the murdered Al Mohandes and which Washington also considers a terrorist.

Even so, the same spokesman urged the prime minister “not to test the patience of the resistance” because, he assured, “this time neither Iran’s secret services nor the CIA” will protect him.

With his message, Al Askari made clear not only the direct linkage of the militias with the Iranian Revolutionary Guard (not with the Government of Tehran, whose secret services assure that they will not be able to protect Al Kadhimi), but also that their containment is a mere tactic.

His words underline the important gap between the “forces of the resistance” (the pro-Iranian militias) and the government, which they call a “traitor”. KH has accused the prime minister of collaborating with the US in the assassination of its leader and Soleimani (at the time, Al Kadhimi was the head of the Iraqi secret services).

Always keen to exploit the situation in his favor, Muqtada al Sadr, the populist Shiite cleric with ambitions of a statesman , has presented himself as the middle way.

In a message released on Christmas Day, the Sairun leader, the Revolutionaries for Reform alliance, which won the largest number of deputies in the last elections , argued that the departure of US troops from Iraq should be negotiated, and not forced. as the resistance groups claim . Al Sadr, who despite his relations with Iran is above all a nationalist, certainly has his sights set on the upcoming elections.

Before reaching that appointment, Iraq anxiously hopes that the tension between Iran and the United States does not erupt before Trump’s departure.

The wish of his government, and of the majority of Iraqis, is that the arrival of Joe Biden to the White House will reduce the animosity and allow Baghdad to focus on its serious internal problems, further aggravated by the pandemic . In fact, despite the announced mobility restrictions, citizen protests have resumed at the Central Bank’s decision to devalue the dinar.