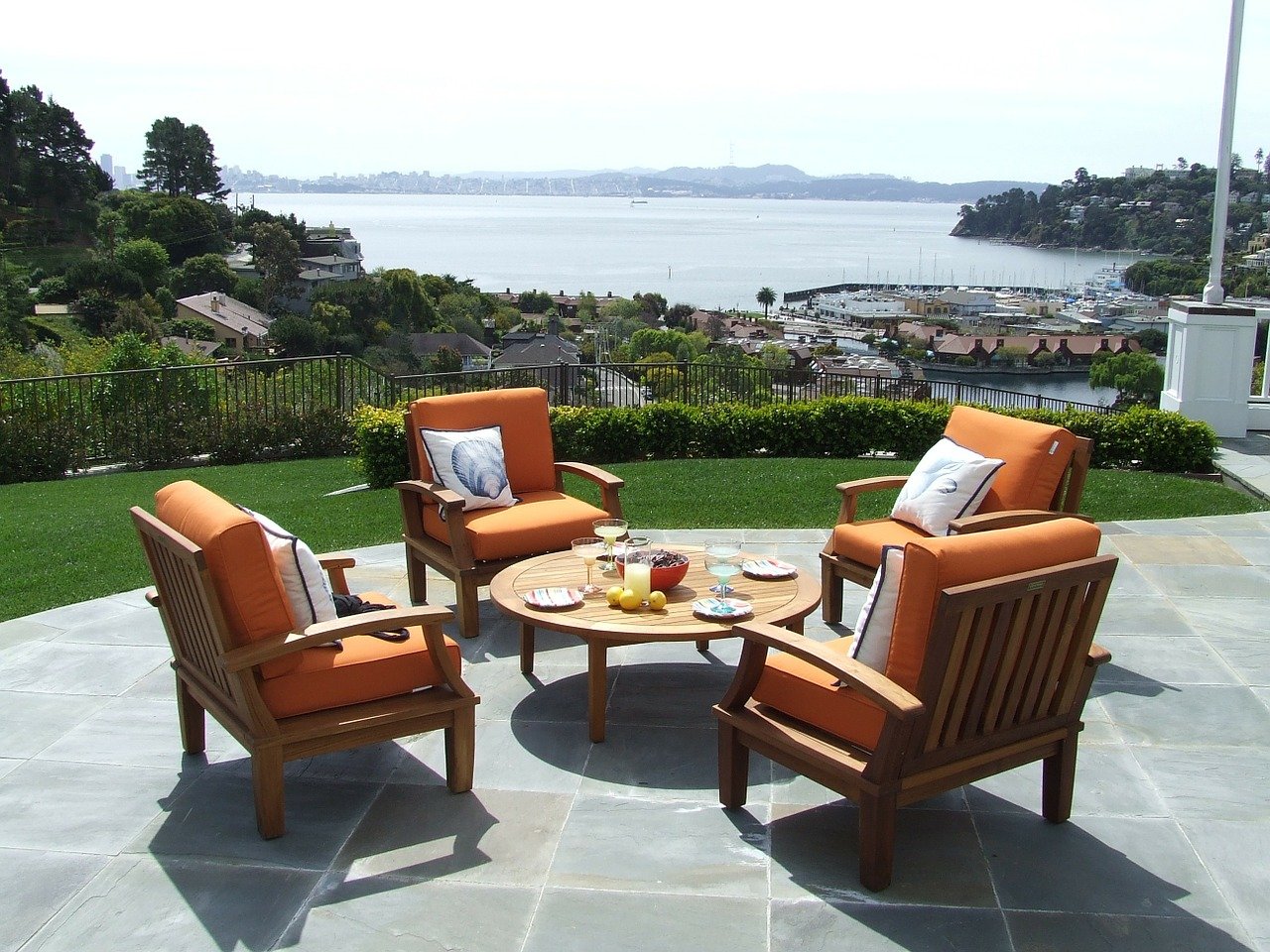 The outdoors is perfect for escaping the everyday and relishing some fresh air. But whether you enjoy sports, a relaxing snooze on a lounger, or whipping up some food on gas BBQs, your own piece of Eden may not be out of reach.

Our gardens can be our retreats, leaving the indoors behind for crafted spaces that reflect our wants, needs, and personality. But too often we limit the potential of backyards and gardens, using the space to fulfil the expectations of what a garden should be rather than what we’d actually use it for.

However, some Brits don’t stick to colouring within the lines. Instead, they create extravagant outdoor spaces, curating magnificent escapes that put our herb gardens to shame. From football pitches to chapels, we explore Britain’s best gardens.

It’s no secret that Rod Stewart has a clear love for the beautiful game. In fact, it only takes an aerial view of the music artist’s home to see his passion on display. If you’re ever invited to Stewart’s Essex mansion, be ready for a kickabout on a private football pitch.

At 76 years old, the active rock star is a proud Celtic supporter. His two young sons, Alastair and Aiden, are bound to love running around on this extravagant patch of turf in their own garden.

The internationally famed singer had planned for the construction of a private stone chapel in his garden, allowing him to marry childhood sweetheart Cherry Lancaster Seaborn; however, the concept was rejected by the local council.

Your garden is the best place to chill with your loved ones – at least, that’s the impression that Olivia and Alex Bowen give with theirs. The couple found love on the ITV reality show Love Island in 2016 before getting married in 2018. The love birds then settled in their new nest in 2020, beginning their grand renovation.

The garden is one aspect of the home that has had major upgrades, following a villa vibe that echoes the place they met. Today, they have a garden landscape perfect for BBQ parties and relaxing, complete with jacuzzi hot tubs, plush seating, and a huge pond surrounded by shrubbery and hedges.

In 2019, Jeremy Clarkson’s house was blown up in a stunt for Amazon Prime show The Grand Tour. Since then, work has begun constructing a new home at the centre of Clarkson’s (also television-famous) Diddly Squat Farm in the Cotswolds.

As far as backyards go, a farm is certainly impressive. But thanks to the motoring broadcaster’s entrepreneurial spirit, you’ll also find a farm shop placed on this rural patch. The popularity of the backyard farm shop is clear, with some visitors waiting up to three hours for a browse of local meat, dairy, and wines. The shop doesn’t just sell Clarkson’s produce; it also supports other farmers from the local area.

Would you fight for the perfect garden? Eddie Hearn has shown that he’s keener on Rocky than rockeries with his Fight Camp set-up in his backyard. The boxing promoter installed a boxing ring to host exclusive pay-per-view events.

With a backdrop of a bold white mansion and carefully curated garden, it’s certainly one of the most interesting backyard decorations you’ll ever see.

Britain has its fair share of extravagant gardens, and it’s understandable why these gardens are shaped the way they are. They reflect their owner’s personality and needs. Ultimately, we should make our gardens reflections of ourselves and design them to meet our needs. You may not need a boxing ring or recording studio in your garden, but a space to relax or enjoy company can do the trick.