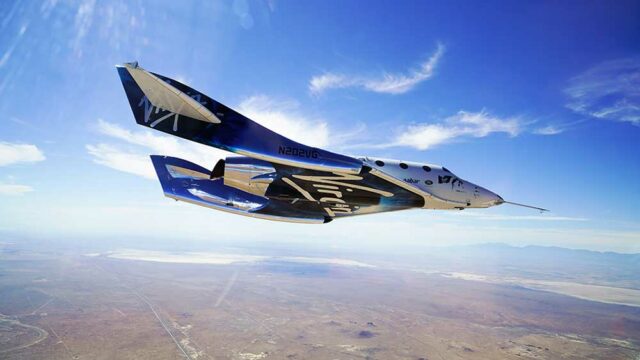 Virgin Galactic’s stock fell in trading on Monday after the space tourism company cut short its latest spaceflight test mid-launch on Saturday due to an engine ignition issue.

“The flight did not reach space as we had been planning. After being released from its mothership, the spaceship’s onboard computer that monitors the rocket motor lost connection. As designed, this triggered a fail-safe scenario that intentionally halted ignition of the rocket motor. Following this occurrence, our pilots flew back to Spaceport America and landed gracefully as usual,” Virgin Galactic CEO Michael Colglazier said in a statement.

The company expects to repeat the spaceflight attempt from its operating base at Spaceport America in New Mexico. Colglazier said that Virgin Galactic is evaluating the data from the test and did not indicate when it expects to be ready to launch again, with the company saying it has several rocket engines “ready” onsite and will “check the vehicle and be back to flight soon.”