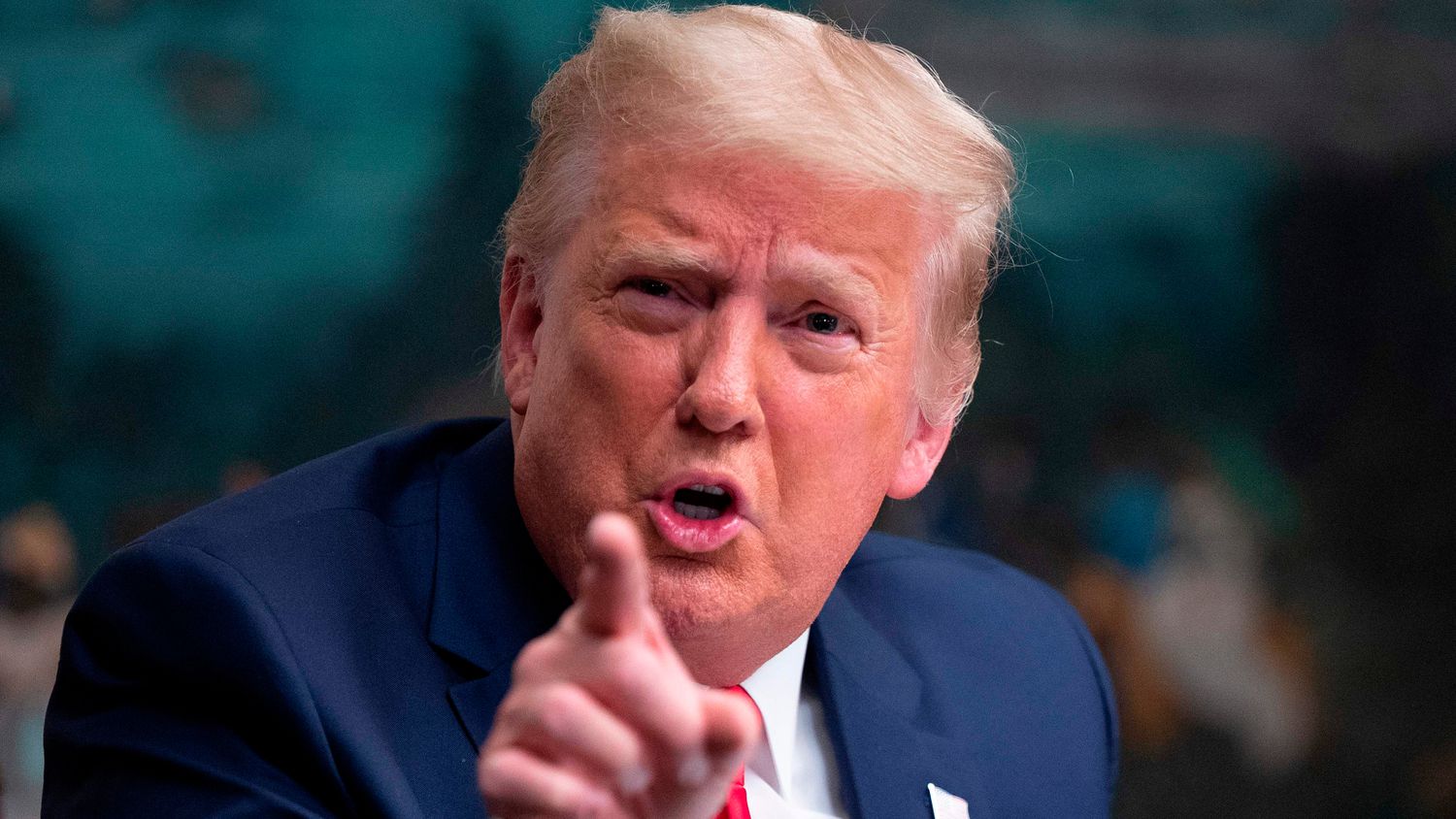 Outgoing US President Donald Trump’s unprecedented crusade to overturn his defeat at the polls passed a Rubicon Saturday in a lengthy phone call in which he pressured Georgia’s Secretary of State, Republican Brad Raffensperger, to “find “Enough votes to reverse the electoral victory of Democrat Joe Biden in the elections of November 3.

In a recording obtained by The Washington Post, lasting one hour, the president warns Raffensperger that he may be committing “a crime” for not meeting his demands. “I only want to find 11,780 votes because we have won that State,” says the New York magnate, who continues to fight against the elections, despite the fact that the courts have dismissed his accusations of fraud.

Biden, who will be sworn in as president on January 20, defeated Trump in that territory by 11,779 votes , according to the ballot – counting twice – certified by the State.

The president has tried to overturn this result and that of other states that were key in his defeat, such as Arizona, Wisconsin, Pennsylvania and Michigan, but he has come face to face with the courts, including the Supreme Court, and the attorney general appointed by him himself, William Barr, who did not find significant irregularities to change the outcome .

Even so, the president and his acolytes maintain an offensive by land, sea and air to overturn the will of the Americans expressed at the polls.

The tension conveyed in Saturday’s call to change the count is puzzling. “The people of Georgia are angry, the people of the country are angry […] And there is nothing wrong with saying it, you know? I think your calculations have failed you, ”Trump told the Georgia official, according to the extract published by The Washington Post .

Raffensperger responds: “Well, Mr. President, the challenge you have is that your data is wrong.” At another point, Trump launches a veiled threat. “That’s a crime,” he says, arguing that thousands of Trump votes have been destroyed, “and you can’t let that happen. It is a great risk for you and your attorney, Ryan [Germany, the attorney for the Georgia secretary of state].

The exchange is a reflection of the pressures that the president of the United States has been subjecting to the electoral authorities of his own party, who have had to go out to defend the integrity of the electoral system of the country that boasts of being the first democracy in the country world.

Trump on Sunday admitted his call to Georgia’s top official on his Twitter account, accusing him of “not having a clue” and not being “able” or “unwilling” to answer his questions about ballot handling.

The bulk of Republicans, after weeks of collusion, have turned the page and recognized Biden as president-elect. The revelation of this phone call sparked criticism from top party names. Former Speaker of the House of Representatives Paul Ryan, who lavishes very little in the media, broke his discretion with a statement in which he denounced.

“It is difficult to conceive of a more undemocratic and anti-conservative act than a federal intervention to reverse the results certified by States and disenfranchise millions of Americans. ” Utah senator and former presidential candidate Mitt Romney , a regular critic of Trump, said he could never have imagined “these things happening in the largest democracy in the world.”

Trump’s crusade still has some supporters in Washington who want to make more noise between now and January 20. On Wednesday, a bicameral session (of the Senate and the House of Representatives) takes place in the nation’s capital to count Biden’s electoral votes and confirm him as the winner of the presidential elections, the last step before the inauguration.

Around a dozen senators and several dozen congressmen raise objections and thus force a vote on the result, which will simply delay and complicate the day. Trump, who continues to insist that there was electoral fraud, has called for a large demonstration of his followers that same day.

The controversial telephone communication has been known two days before a crucial election for the Biden era, which takes place precisely in Georgia.

Democrats and Republicans will dispute this Tuesday the two seats that correspond to this State in the Senate and that will decide the control of the upper house, key to the room for maneuver in the new Biden Administration.