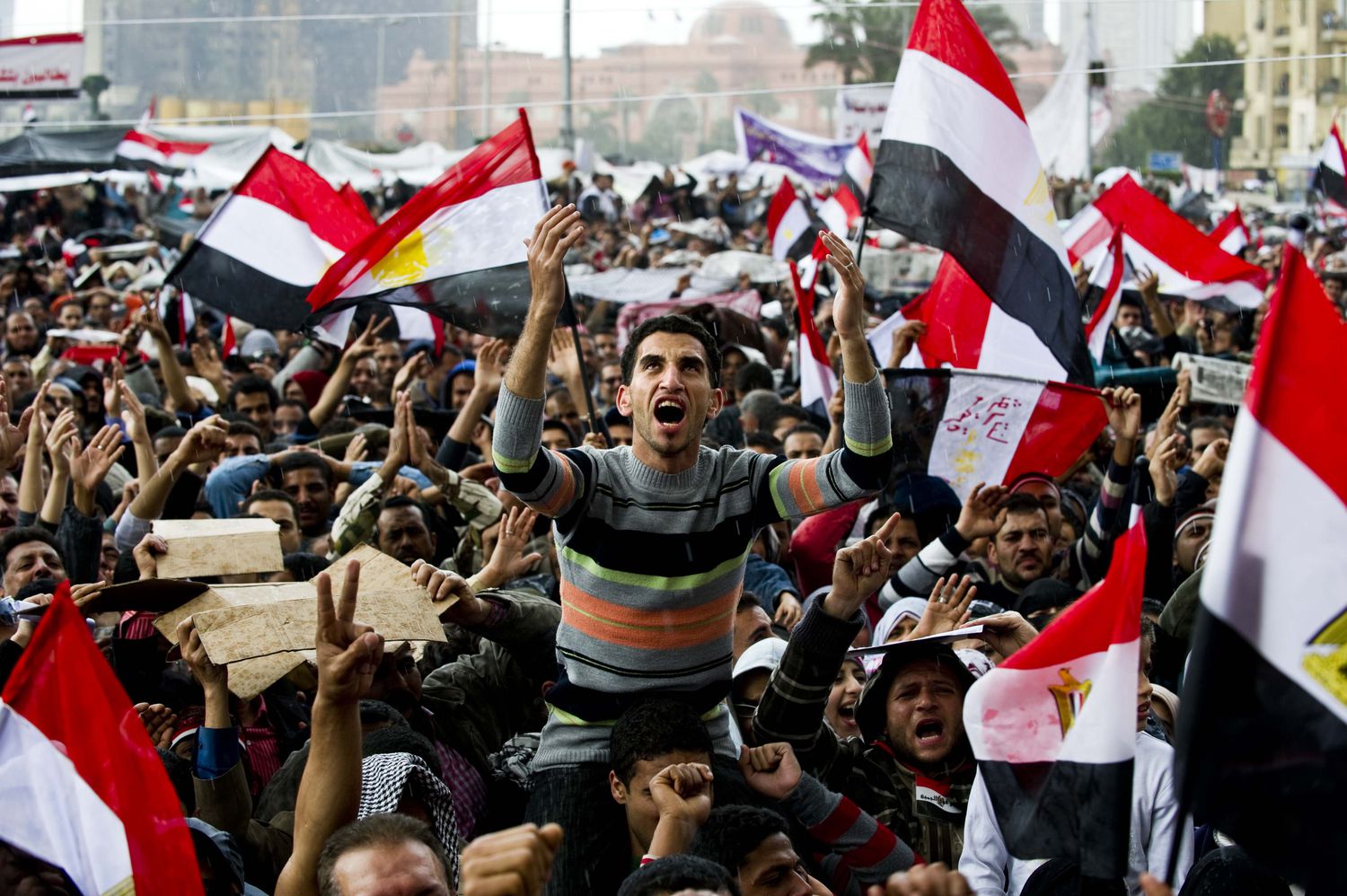 In early 2011, the Arab world experienced a wave of protests against corruption and demanding a life of dignity. The international media immediately dubbed it the Arab Spring , an expression that perhaps influenced the excessive expectations it aroused.

Ten years, and half a million dead later, the region, with the exception of Tunisia , is less free and in worse condition than it was then. Still, the toppling of four dictators broke the wall of fear and shattered the idea that democracy was incompatible with Arab culture. The status quo can no longer be taken for granted.

“Ten years is not a sufficient time frame to develop major changes. The revolts of dignity have not ended. They have been suppressed, but they will happen again, perhaps more violent, perhaps not.

What is clear is that there is no going back to the political order before 2011, ”sums up Kawa Hassan, vice president of the Middle East and North Africa program at the EastWest Institute, a non-profit organization that promotes conflict resolution. It is an idea shared by many experts.

The idea of ​​an Arab Spring sounded good , which conservative commentators coined to refer to the democratic flashes of 2005 in the Middle East .

Professor Marc Lynch of George Washington University regained expression in a Foreign Policy article about the seemingly disjointed protests that six years later spread from Tunisia to Kuwait, via Algeria, Egypt and Jordan, and later to reach Libya, Syria , Bahrain , and Yemen .

It conveyed a bright and positive image. Except that in the following months the counterrevolution financed by the oil monarchies was going to put an end to the dreams of change.

“I prefer to call them riots of dignity because millions of people took to the streets demanding a dignified citizenship,” says Hassan in a telephone conversation.

Popular and peaceful protests, which the protesters referred to as the intifada (uprising) or zaura (revolution), succeeded in overthrowing the autocrats in Tunisia, Egypt, Libya and Yemen. Only in Tunisia has a fragile democracy been consolidated.

The election of an Islamist president in Egypt (Mohamed Morsi) was answered with a military coup that has increased the repression. Libya and Yemen plunged into civil wars , as happened in Syria, where the dictator Bashar al-Assad has managed to stay with blood and fire. In these countries, the state and society have been destroyed, at least half a million people have died and 16 million have been displaced from their homes.

“The protesters found themselves caught between authoritarian states and authoritarian non-state actors. The counterrevolutionary powers acted even in countries where there were no riots, “admits Hassan. Even so, he is convinced that “the fear factor has disappeared forever and no power in the region can be calm.”

This political scientist notes that “societies still insist on challenging the political order, as was seen in 2019 in Iraq , Lebanon and even, more surprisingly, in Algeria , and even Sudan, where they have overthrown [Omar al] Bashir and started a fragile democratic transition ”.

Haizam Amirah Fernández, a researcher at the Elcano Royal Institute, affirms that this second wave of protests frames the Arab unrest in the movements of discontent that are shaking other countries, such as Chile or Thailand.

“If the Arab world was left out of the democratic transitions that took place in Latin America, East Asia and Eastern Europe in the eighties [of the last century], 2011 made clear the interconnection between different areas of the world due to the situation economic and social after the financial crisis ”, he assures EL PAÍS in reference to the mobilization of the indignant or of Occupy Wall Street in the United States.

Significantly, the Middle East and North Africa region has the highest economic inequality in the world . For now, the repression has succeeded in suppressing the protests. But Hassan defends that, “despite the resilience of authoritarian regimes, the demands of a dignified citizenship are not going to disappear.”

In fact, it highlights that “the causes that unleashed the riots, such as the demand for better services and the rule of law, not only are still there, but have worsened.”

This is reflected in a recent YouGov poll for the British newspaper The Guardian, according to which the feelings of hopelessness and deprivation of rights that fueled the riots have continued to increase.

A majority of those consulted in nine Arab countries declared that their living conditions had deteriorated since the immolation of the young Tunisian fruit seller Mohamed Bouazizi , which sparked the protests and whose death marks ten years next Monday.

Unsurprisingly, discontent is greatest where the situation degenerated into civil wars and foreign interventions. 75% of Syrians, 73% of Yemenis and 60% of Libyans say they are worse off than before spring.

But even in Egypt, Iraq and Algeria, although fewer than half of them consider that their situation has worsened, only a quarter say they are better. “The reforms have been an outrage, and COVID-19 has exacerbated socioeconomic problems,” says Hassan.

“An experiment is being carried out that tests the endurance of Arab societies. Despite the differences between countries, economic and political demands have been responded to with security measures, a strong hand and repression, ”says Amirah Fernández.

And not only by the regimes questioned. “From abroad, the stability model based on authoritarianism and the suppression of freedoms has been blatantly favored rather than experimenting with any alternative system,” he adds.

The petromonarchies, which managed to buy wills and social peace with the benefits of hydrocarbons, have opted for economic development as a substitute for democracy. Hence the commitment to diversification and social openness while restricting political freedoms. In those autocracies without relevant resources, there is only a stick without a carrot.

How long will the pressure cooker hold? “It is not clear where we are going. The current regimes are even more repressive and more willing to use force. They are going to fight to the death to maintain power, ”says the EastWest Institute analyst.

Amirah Fernández, from the Elcano Royal Institute, refers to demographic reality as “the greatest determining factor in Arab societies.” With slight differences, two thirds of its 420 million inhabitants are under 30 years old .

Many were too young to participate in the 2011 protests, but “they saw that it could be done despite the chaos and interference that followed.” In fact, the aforementioned survey detects a generational difference.

The youngest among the adults surveyed (18-24 years) are the ones who least regret the riots, while their parents are more pessimistic about the result and consider that the new generations face a more difficult future than those who grew up before spring .

“It is too early to say that the Arab Spring was a failure. We need to let young people have their time and their time will come, ”said Lina Khatib, program director for the Arab world at the British think tank Chatham House, during a recent online conference .

“It is a long process, with many ups and downs, which will have a lot of disappointments. No transformative revolution in the world has concluded in a few years and without reaction ”, concurs Amirah Fernández.