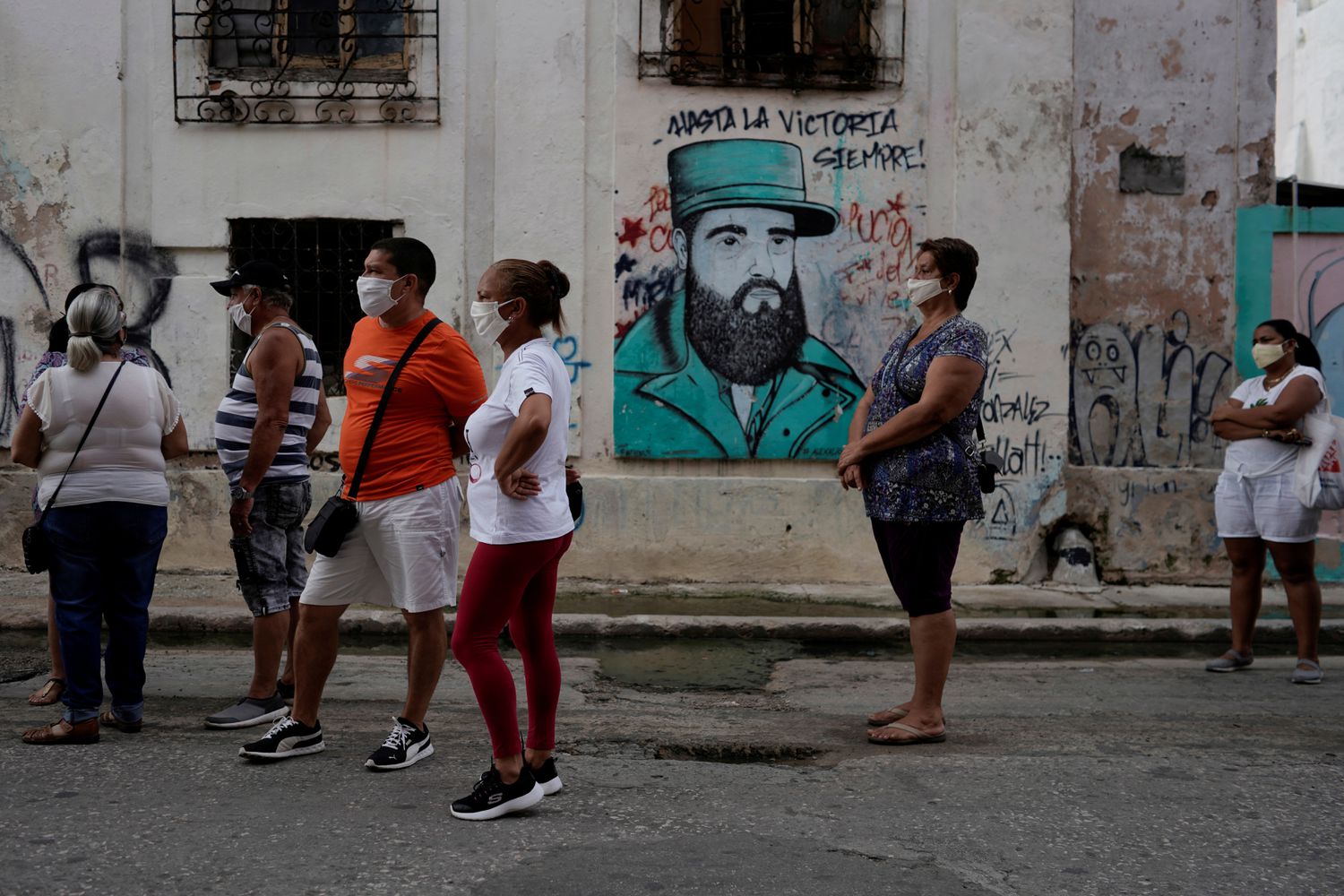 “This is not going to stop until January 20,” says with some humor, but resigned and with concern, an experienced foreign businessman with business in Cuba after learning about the inclusion in the Washington blacklist of the International Financial Bank (BFI), one of the main companies in the country that manages a good part of the accounts of foreign companies and businessmen and deals with transactions related to joint ventures.

This is the latest sanction by the Trump administration to damage the Cuban economy before leaving. To this, as revealed this week by The New York Times newspaper, an even worse one could be added in the coming days: the inclusion of the island in the list of countries sponsoring terrorism.

Currently made up of only North Korea, Iran and Syria, the list carries harsh sanctions that could be complex to dismantle for the administration of Democrat Joe Biden, which has already announced that its government will recover the policy of rapprochement with Cuba promoted by Barack Obama .

January 20, the day on which Biden will assume the position of president of the United States , has become a key date for sectors of the current administration interested in torpedoing any approach to Cuba.

For months, and longer since Trump lost the election, Washington has started a frantic race to leave Biden the terrain full of obstacles. In Cuba, in particular, they have imposed numerous sanctions that range from prohibiting Americans from staying in state hotels to forcing the closure of the more than 400 offices that Western Union had on the island, a severe blow to remittances sent by the emigrants.

The objective is that when the new administration takes the first steps to resume the path proposed by Obama, it will find so many mines that the step will be slow or impractical.

The Cuban government on Friday rejected the inclusion of the BFI in the list of Cuban companies with which Americans are prohibited from doing business and accused Washington of “tightening the blockade” in order to increase the financial siege and suffocate the country.

Secretary of State Mike Pompeo’s argument when announcing the measure was that the BFI is controlled by the GAESA military corporation, and that its “operations disproportionately benefit the Cuban military rather than independent businessmen, promoting repression of the Cuban people and financing Cuba’s interference in Venezuela ”.

The same justification was used to blacklist the Cuban financial company FINCIMEX, which caused the closure of the Western Union offices.

“This measure can pose a great difficulty for companies and entrepreneurs, since some foreign banks with which we operate may now fear being sanctioned by Washington,” says a businessman with a company established for years on the island. “The only good thing is that from January 20 all this will change,” ditch.

Biden has already said that he will end Trump’s policy of hostility and sanctions and, analysts say, he will soon begin to lift the tangle of measures imposed by his predecessor during these four years, such as the restriction of remittances, the ban on flights direct and cruise ships, the closure of the Consulate or the elimination of the so-called “People to people”, the “cultural enrichment” travel modality that most North Americans used to travel to the island.

Many of these measures can be dismantled relatively quickly, but others, according to experts in US-Cuban relations, are more complex to lift, such as removing GAESA companies from Washington’s blacklist.

The New York Times published an exclusive this week in which it anticipates that Pompeo will have to decide in the coming days whether to include Cuba on the list of sponsors of terrorism. Obama removed the island from the list in 2015, during the process of reestablishing diplomatic relations.

The US newspaper revealed that the proposal to return Cuba to the list came from the State Department’s Office of Western Hemisphere Affairs, and not from its Counter-Terrorism Office, which normally should be involved to such an extent. It would therefore be a political decision, not one based on the real danger that Cuba poses to the United States.

Designation as a state sponsor of terrorism can trigger sanctions that include “restrictions on foreign aid from the United States; a ban on defense exports and sales; certain controls on the export of articles; and various financial and other restrictions, ”according to the State Department.

“Putting Cuba on the list of terrorist countries in the last days of its mandate, ignoring the rigorous internal process that this implies, shows the lack of seriousness of this administration and is a new humiliation to the professionals who elaborate the national security policy. of the United States ”, said in Havana Joe García, former Secretary of Energy of the Obama administration, who is on the island after having supported and organized the sending of a historic flight with medical aid from Miami for the IPK, the main institute of the Cuban Ministry of Health involved in the fight against the pandemic.

According to the former Democratic congressman, who was also executive director of the Cuban-American Foundation (the main exile organization, led by the late Jorge Más Canosa) and that today defends the rapprochement with Cuba, this is the moment to build bridges, not to erect walls.

Regarding the latest sanction against the Banco Financiero Internacional, he pointed out that “it is made with the intention of harming at a key moment, but without thinking about the consequences for both countries and in particular for the Cuban people, who is the one who it claims to benefit.”

According to García, a deep connoisseur of the Cuban-American community in the United States, the measure “would be laughable and cheap politicking if it did not have direct consequences for the people of Cuba and the Cubans of South Florida, who are the ones who will have to look for new routes and pay more to help their families ”.

Both measures – although the inclusion of Cuba in the list of countries that sponsor terrorism is not official – generated not only the rejection of the Government, but also that of European diplomacy.

“In the midst of a pandemic, any sanction is outrageous that shows a level of anger and hatred that has no justification,” said the ambassador of the European Union in Cuba, Alberto Navarro. Like Joe García, Navarro thinks that these moments are “to build bridges, not to destroy them.”